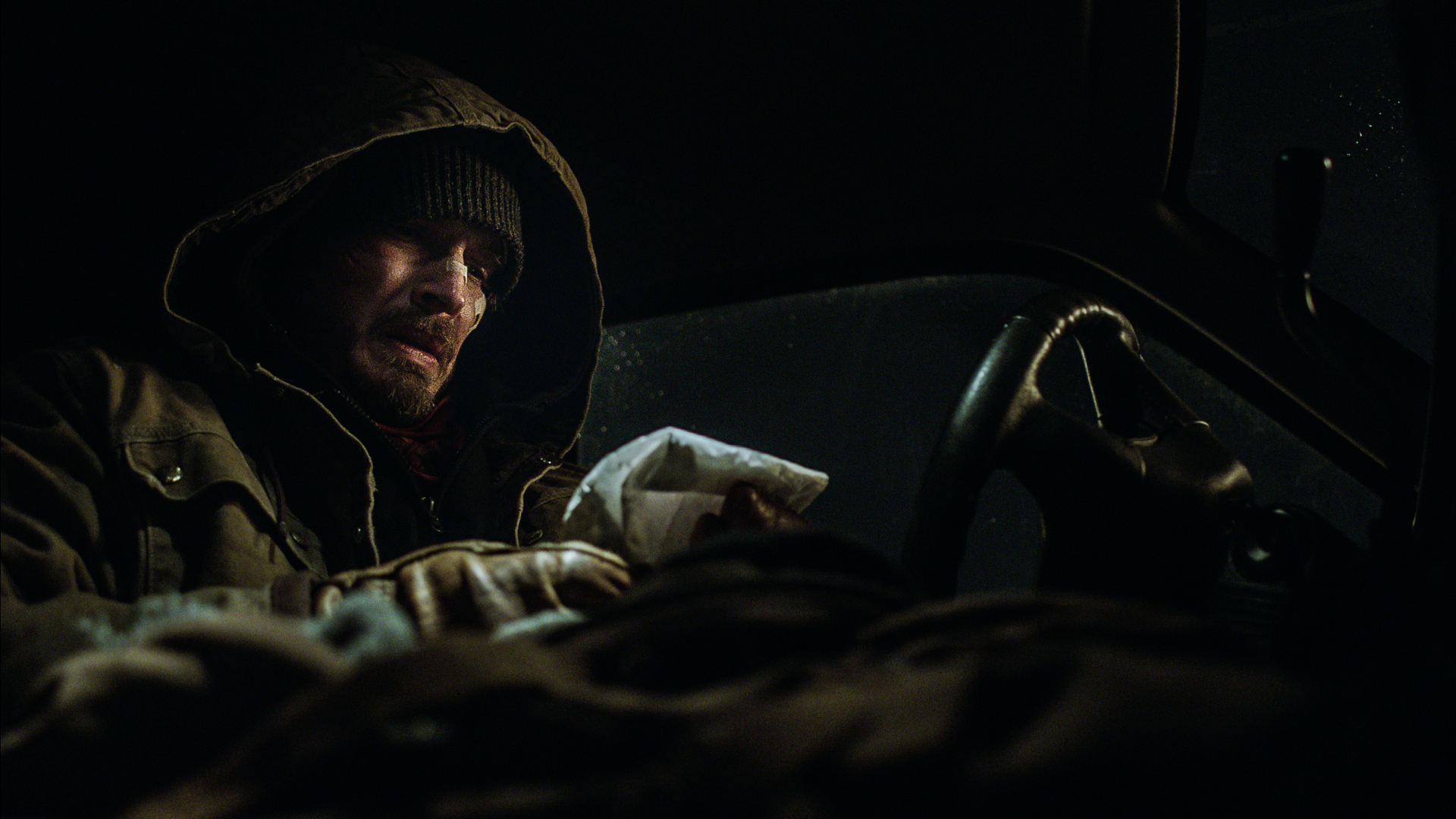 A man who’s slowly going invisible tries to save his daughter in The Unseen. Bob Langmore (Aden Young) is an ex hockey player, who is now a struggling mill worker in a quiet town. Bob abandoned his family 8 years earlier, partly due to the fact that he has a condition that is slowly turning him invisible. Bob is asked by his ex-wife Darlene (Camille Sullivan) to come home and help his troubled daughter Eva (Julia Sarah Stone). On the way, he asked by local drug dealer Crisby (Ben Cotton) to make a delivery. Shortly after arriving home, Eva goes missing and Bob does everything he can to rescue his daughter.

The Unseen is the debut feature film from special effects artist Geoff Redknap, which gives an interesting take on the invisible man story. Bob’s slow transformation is shown in graphic detail, as it appears that he is missing large chunks of his body. This adds a supernatural twist to what is both a crime thriller and a father/daughter drama. In fact, Bob trying to make amends with his estranged daughter Eva makes up the main emotional core of the film, especially since it seems that Eva has inherited Bob’s condition. Julia Sarah Stone, who has been a major rising star in the Canadian film scene, really stands out with her performance as Eva and the relationship that she has with Aden Young as Bob is quite believable.

The Unseen isn’t really a film that can easily classified under a single genre. While there is a bit of a body horror element to Bob’s condition, the story is much more of a crime thriller, especially as Bob is forced to assist the crooked drug dealer Crisby. At the same time, there is the drama of Bob reuniting with his daughter after a long absence, which adds a bit of double meaning to the title of The Unseen. Because of this crossing of genres, The Unseen is the type of film that can be recommended to people, who don’t often partake in genre fare. However, that’s not to say that fans of genre cinema won’t find stuff to like in the film.

Altogether, The Unseen transcends to usual boundaries given to genre films and turns out to be a somewhat touching twist on the invisible man story. If you want a film to combines a crime thriller with family drama, mixed in with some body horror elements, than The Unseen is the film for you.