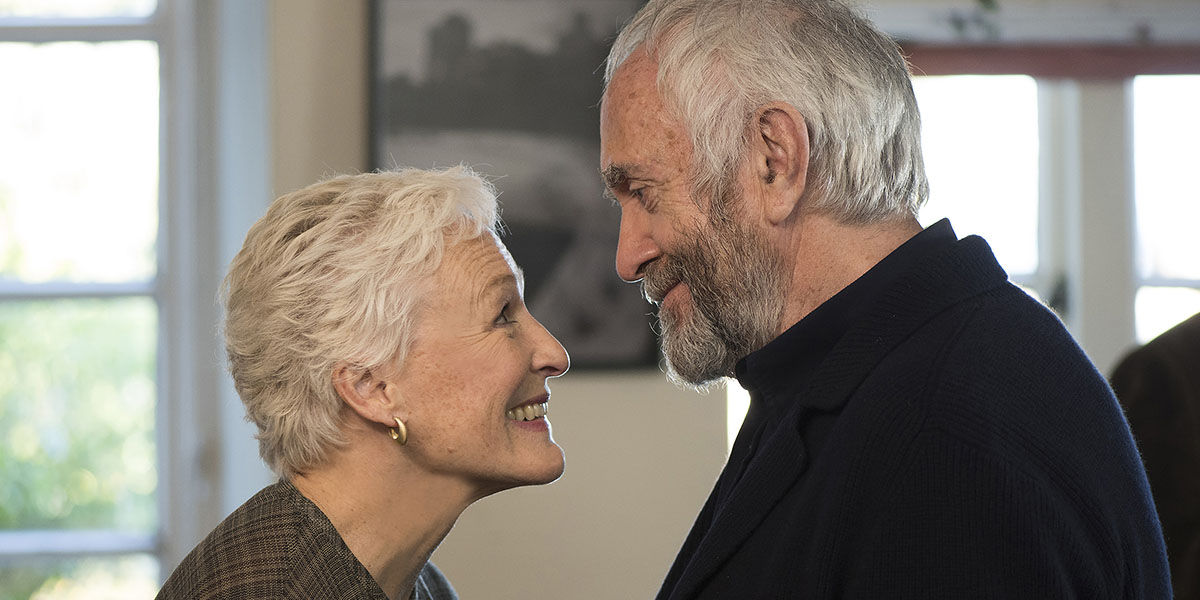 7.2
The Wife (2017) 1h 39min | Drama | 28 September 2018 (UK)
Director: Björn RungeWriters: Jane Anderson, Meg WolitzerStars: Glenn Close, Jonathan Pryce, Max Irons
Summary: A wife questions her life choices as she travels to Stockholm with her husband, where he is slated to receive the Nobel Prize for Literature.
Countries: UK, Sweden, USALanguages: English, Swedish
Source: imdb.comDisclaimer: This plugin has been coded to automatically quote data from imdb.com. Not available for any other purpose. All showing data have a link to imdb.com. The user is responsible for any other use or change codes.

The wife of a famous author silently suffers after he wins a Nobel prize in The Wife. Joan Castleman (Glenn Close) is a woman married to acclaimed author Joe Castleman (Jonathan Pryce), who receives a call one morning saying that he has won the Nobel prize in literature. Initially Joan seems ecstatic about her husband’s accomplishment, however after arriving in Stockholm, she begins to feel deeply affected by all the attention being placed on her husband. This is made worse by Joe’s would-be biographer Nathaniel Bone (Christian Slater), who threatens to reveal a secret the couple has held together for all these years.

The Wife is a drama directed by Swedish filmmaker Björn L Runge, based on the novel by Meg Wolitzer. The plot of the film focuses on the apparently happy spouse of an author, who is secretly contemptuous at his enormous success, while also scorning him for adulterous behaviour, such as his flirtations with his photographer. The film utilizes flashbacks to tell the history of the relationship between Joan, played as a young woman by Annie Starke, and Joe (Harry Lloyd). The flashbacks reveal that Joan was once an aspiring author herself and that Joe was once her college professor, who she began an affair with. As the layers are pulled pack, it reveals Joan as the victim of a patriarchal society that wouldn’t pay much attention to a woman writer, resulted in Joan apparently abandoning her dream of being a writer, following the advice given to her by alumni authoress Elaine Mozell (Elizabeth McGovern).

While The Wife has the type of plot that I have seen before, the film is elevated by an excellent performance by Glenn Close in the lead role of
Joan Castleman. Joan is a very multilayered character, who despite loving Joe very much, is slowly being torn apart by the secret they have held together for all these years. Making matters worse is the couple’s son David (Max Irons), himself an aspiring writer, who is increasingly frustrated by the lack of support given to him by Joe, surrounding a short story that David has written. Rounding off the central cast of the film is Christian Slater at his slimy best as Nathaniel Bone, who is trying to coax out material for his unauthorized tell-all biography on Joe.

Altogether, I have to say that The Wife a typical relationship drama, elevated greatly by an excellent performance by Glenn Close, as a silently suffering spouse victimized by the patriarchy.