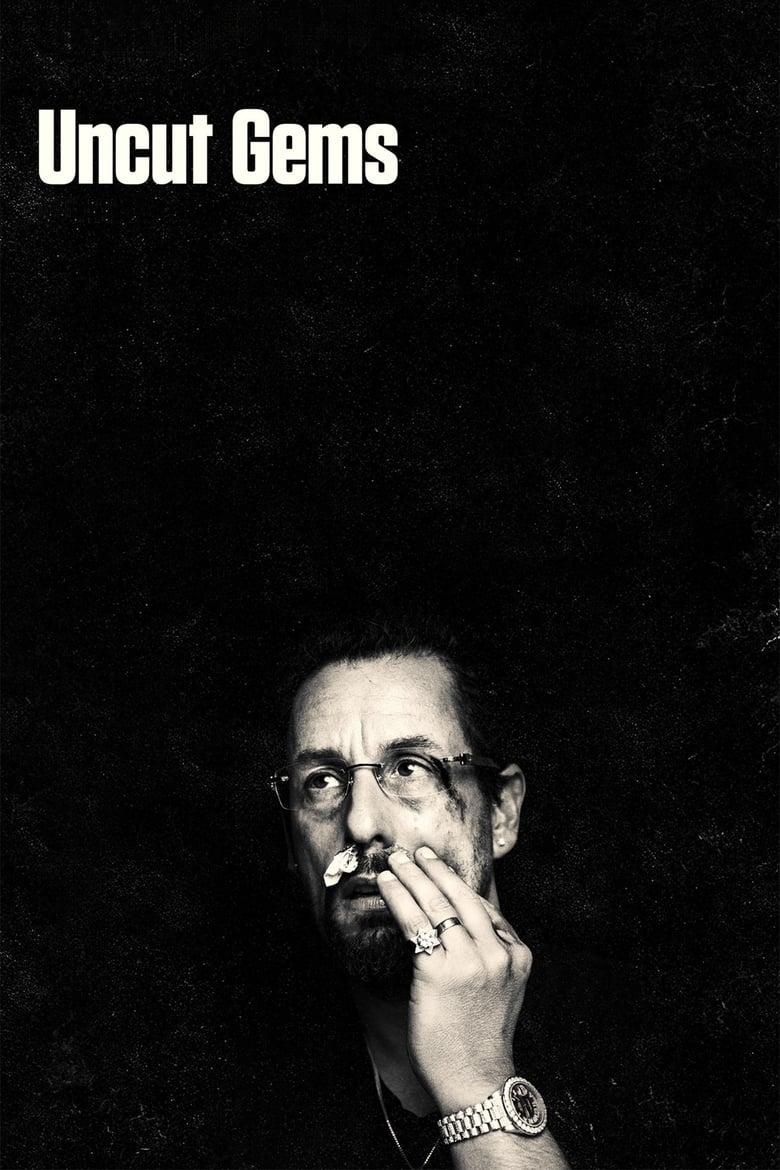 A jeweller with a gambling addiction hopes to score big with a rare gem in Uncut Gems. Howard Ratner (Adam Sandler) is the owner of a jewelry store in New York’s diamond district, who owes a lot of money in gambling debts, particularly to his brother-in-law Arno (Eric Bogosian), who sends a couple of enforcers to Howard’s shop to shake him down. Things begin to look up for Howard when he receives a rare opal he purchased from Ethiopia, which he hopes to auction off for a $1 million. However, this plan hits a snag when Howard’s employee Demany (LaKeith Stanfield) brings basketball star Kevin Garnett into the store, who ends up walking off with the opal as a good luck charm.

Uncut Gems is a crime thriller from writer/directors Benny and Josh Safdie (Heaven Knows What, Good Time), which takes Adam Sandler out of his familiar comedic element, as he plays a shady jeweller, who has great difficulty settling his gambling debts. Howard’s personal life is also a mess, as he is on the verge of a divorce with his wife Dinah (Idina Menzel), as he has cheated on her with his much younger employee Julia (Julia Fox). Howard hopes that the arrival of the opal will make everything better for him, but when Kevin Garnett walks off with it, Howard ends up chasing Garnett and Demany to try and get it back, all while Arno and his thugs are pressuring Howard to pay his debts.

Probably the biggest selling point of Uncut Gems is that the film features a much darker and serious performance from Adam Sandler, who has spent the last number of years coasting on a Netflix deal that makes Uncut Gems the first film of his to get a theatrical release since Pixels in 2015. However, the role of Howard Ratner isn’t too much of a stretch for Sandler, since the character is a real jerk, whose actions dig himself in the hole he finds himself in. Whether it be selling off borrowed jewelry to bet on basketball games or treating the people around him like dirt, Howard is generally not the type of character you’d typically root for.

If there is anything that the Safdie Brothers do successfully in Uncut Gems, it is that they at least make you feel bad for Howard and the situation he finds himself in, even if he might be getting what he truly deserves. The film really plays with your emotions, as it repeatedly makes it look like things are getting better for Howard, only for things to quickly become worse again. This all leads towards final moments of Uncut Gems, which will just leave you in shock.