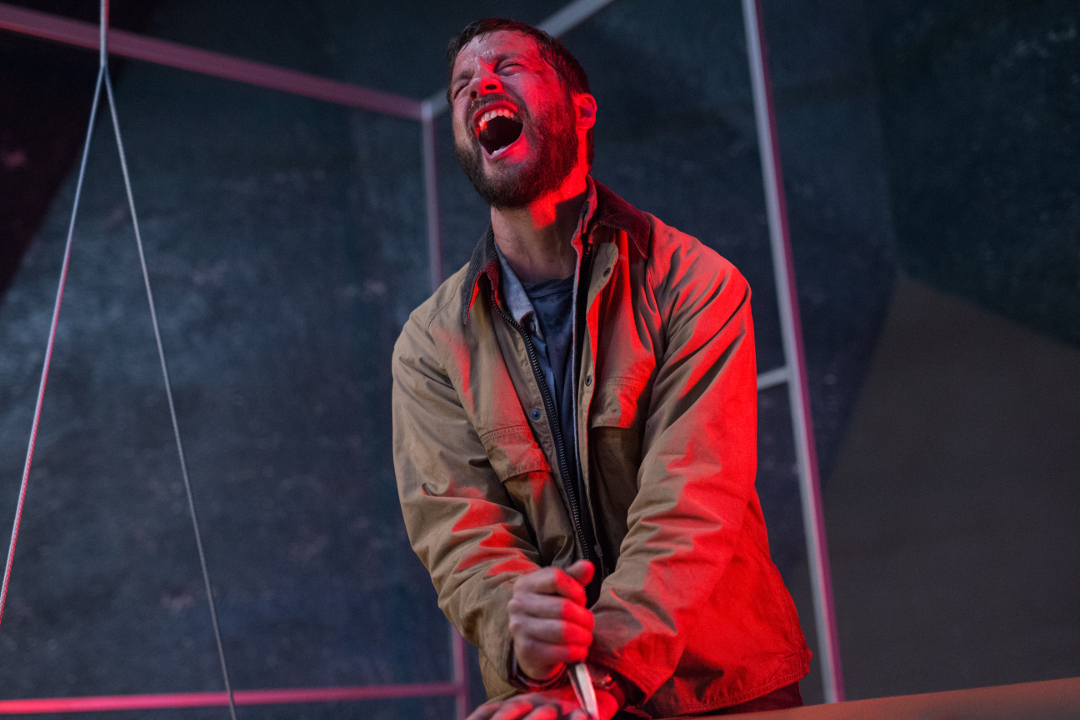 A man implanted with a state of the art A.I. tracks down his wife’s killers in Upgrade. Grey Trace (Logan Marshall-Green) is a car mechanic in a feature full-automated future world, whose wife Asha (Melanie Vallejo) is gunned down one night by a group of cybernetically upgraded thugs, who leave Grey a quadriplegic. Grey is approached by reclusive technology developer Eron Keen (Harrison Gilbertson), who offers to implant his experimental new A.I. chip into Grey, which would allow him to regain his movement. It isn’t long before Grey realizes that the A.I. named Stem (Simon Maiden) can directly communicate with Grey and together they try to track down those responsible for killing Asha.

Upgrade is a new science fiction action/thriller, which is the sophomore directorial effort by Australian filmmaker Leigh Whannell (Saw, Insidious). The setting of Upgrade is a futuristic, yet still somewhat plausible world, where computers control nearly every aspect of life. Grey Trace is one of the few analog holdouts, as he spends his days fixing cars that he sells to high end clients. However, Grey’s world falls apart after the automated controls of his wife Asha’s car go out of control and they end up in a seedy part of town, where Asha is murdered in cold blood and Grey is shot in the neck, leaving him completely paralyzed. Months later, Grey is suicidal and frustrated by the lack of progress from police detective Jane Cortez (Betty Gabriel) when he is approached by former client Eron Keen with the offer to secretly implant his new symbiotic A.I. Stem into Grey. Not only does Stem allow Grey to regain the ability to move, but also gives him superhuman abilities that will help in gaining revenge against Asha’s killers.

While not really a fault of the film in of itself, I can probably name at least five other science fiction films that Upgrade can easily be compared to. Some of the films I was reminded about while watching Upgrade include Blade Runner, Robocop, Minority Report and even the independent 2013 British film The Machine, the latter of which I still believe is an underappreciated modern sci-fi gem. Leigh Whannell also doesn’t stray to far from his horror roots, with Upgrade featuring some quite gory violence, often the result of Grey’s new superhuman fighting abilities given to him by Stem. The interactions between Grey and Stem also add a level of dark humour to the film, as Stem often responds in the way you would expect an artificial intelligence to do so.

While I do have to admit that Upgrade was a better directorial effort for Leigh Whannell than Insidious Chapter 3 was, it is ultimately just a rehash of a story told in countless other science fiction film. That said, it is at least an entertaining watch.