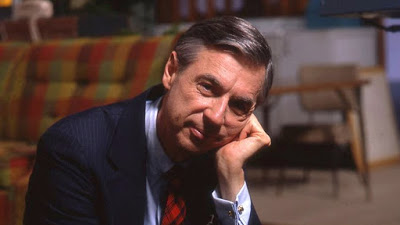 The story of the life an career of Mr. Rogers is told in Won’t You Be My Neighbor. In the late 1960s, Fred Rogers started the children’s television series Mister Rogers’ Neighborhood, as a way to connect children to the issues of the day, using his singing, storytelling, and puppetry. The show ran for over thirty years, with the soft-spoken, cardigan-wearing children’s television host being a symbol to multiple generations of children.

Academy Award winning filmmaker Morgan Neville (Twenty Feet from Stardom) brings us all back to our childhood with Won’t You Be My Neighbor. Fred Rogers can arguably be considered the greatest children’s entertainer there ever was. As an ordained minister, Rogers used his television series to talk to children in a very benevolent fashion about the issues of the day, with his ultimate message being that everyone is special and that you have to love your neighbor and love yourself.

Running from 1968 to 2001, Mister Rogers’ Neighborhood was a staple for at least three generations of children, including my childhood in the 1980s. Fred Rogers was a man who never spoke down to children and always talked about acceptance. While this attracted some criticism from those who couldn’t believe this man was truly this nice, Rogers has left a legacy that probably will never be matched. Won’t You Be My Neighbor is a film that regressed me back to my childhood memories of Mr. Rogers and it’s hard to watch this and keep your eyes dry.