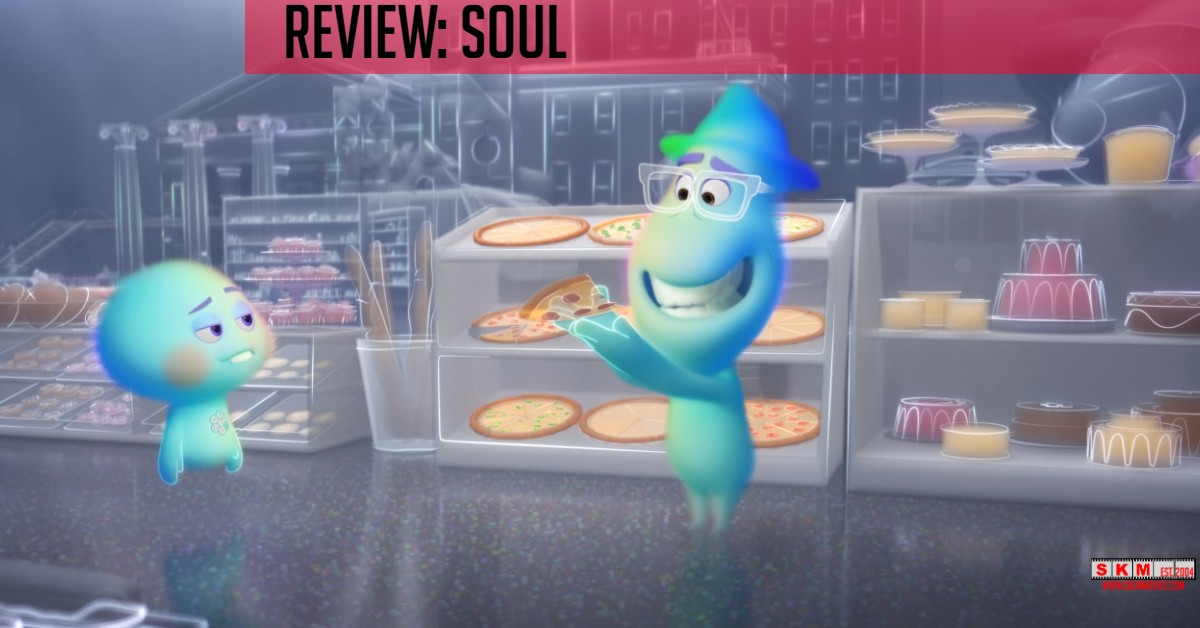 The near-death experience of a musician results in him reevaluating the purpose of his life in Soul. Joe Gardner (Jamie Foxx) is an aspiring jazz pianist, who considers his current position as a middle-school music teacher to be a dead end. However, Joe receives a huge opportunity when he gets a gig to play with respected jazz musician Dorothea Williams (Angela Bassett). However, soon after getting the gig, Joe falls down a manhole and finds his soul on its way to the Great Beyond. Not ready to die, Joe escapes to the Great Before and finds himself mentoring 22 (Tina Fey), a stubborn infant soul reluctant to be born into the world. With 22’s help, Joe hopes to find a way to return to his body and realize his dream of being a musician.

Soul is the latest animated film from Disney and Pixar, directed by Pete Doctor (Up, Inside Out) and Kemp Powers. The film focuses on an aspiring jazz musician named Joe Gardner, who seemingly dies in an accident before he can realize his dreams. Joe’s soul finds himself in the Great Before, where soul counsellors all named Jerry, the two most prominent being voiced by Alice Braga and Richard Ayoade, teach infant souls to prepare for life. Joe finds himself assigned to mentor 22, who has spent a millennium in the Great Before and sees no point in going to Earth. Together, they seek the help of Moonwind (Graham Norton) to find a way to get Joe’s soul back to his body. Meanwhile, soul counter Terry (Rachel House) notices that there’s something off with the count.

Sometimes an animated film comes out that shows that the medium isn’t something solely aimed towards kids. Soul can be seen as one of these films, as the story deals with some heavy themes, such as what is the purpose of life and whether there is any true meaning to it all. The film takes place in the dual setting of New York City, featuring a primarily African American cast, and the surreal world of the Great Before, where souls are depicted as blue ghosts and the counsellors, all named Jerry, look like living Picasso paintings. The contrast of these two worlds is further developed by the jazz compositions by Jon Batiste and the more ethereal score by Trent Reznor and Atticus Ross.

While Soul isn’t a perfect film, it is definitely a highly emotional viewing experience, particularly in the latter half of the film and a very melancholy musical montage that rivals the opening moments of Pete Doctor’s 2009 film Up. However, there are moments that prevent the film from being an outright masterpiece, particularly midway through the film when the plot essentially turns into a bodyswap comedy.

However, at the end of the day, Soul will be remembered as being one of the best modern films produced by Disney and Pixar.

Soul is now streaming on Disney+