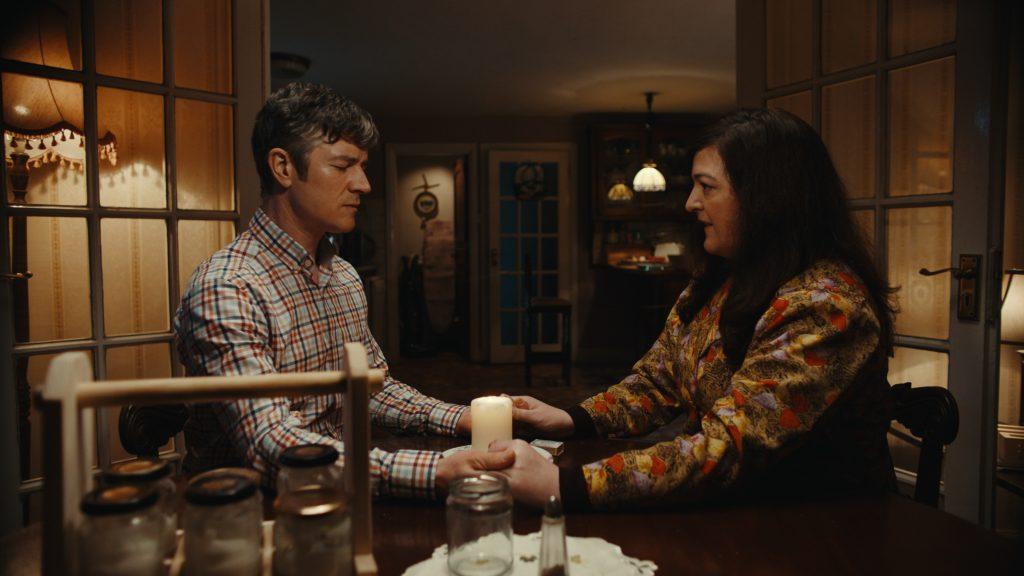 7.1
Extra Ordinary (2019) 1h 34min | Comedy, Fantasy, Horror | 13 September 2019 (Ireland)
Director: Mike Ahern, Enda LoughmanWriters: Mike Ahern, Demian FoxStars: Maeve Higgins, Barry Ward, Will Forte
Summary: Rose, a sweet, lonely driving instructor in rural Ireland, is gifted with supernatural abilities. Rose has a love/hate relationship with her 'talents' & tries to ignore the constant spirit ... See full summary »
Countries: Ireland, BelgiumLanguages: English
Source: imdb.comDisclaimer: This plugin has been coded to automatically quote data from imdb.com. Not available for any other purpose. All showing data have a link to imdb.com. The user is responsible for any other use or change codes.

A lonely driving instructor with special abilities reluctantly returns to ghost hunting in Extra Ordinary. Rose Dooley (Maeve Higgins) is a driving instructor in a rural Irish town, who is plagued by guilt over the death of her paranormal investigator father Vincent (Risteard Cooper), which has resulted in Rose being unwilling to use her psychic abilities to help the people of the town with their ghostly encounters. However, that changes when Rose is called by Martin Martin (Barry Ward), who is being haunted by his dead wife. Things become dire when Satanic recording artist Christian Winter (Will Forte) targets Martin’s daughter Sarah (Emma Coleman) to be a virgin sacrifice.

Extra Ordinary is a supernatural horror-comedy from Irish filmmakers Mike Ahern and Enda Loughman. The film focuses on Rose Dooley, whose father Vincent was a well-known paranormal investigator, who produced an educational video series called The Talents. However, Vincent tragically died while Rose was still a kid and she has been plagued by guilt ever since. However, when she is asked by Martin Martin for help, she begins to regain confidence in her abilities.

Extra Ordinary is a very quirky supernatural comedy, featuring a standout lead performance by Irish comedian Maeve Higgins as Rose Dooley. Another highlight of the film is Will Forte’s over-the-top Satanic musician Christian Winters, who is trying to perform a ritual sacrifice, while also dealing with his nagging wife (Claudia O’Doherty). Altogether, Extra Ordinary is an enjoyable and crowd-pleasing film.