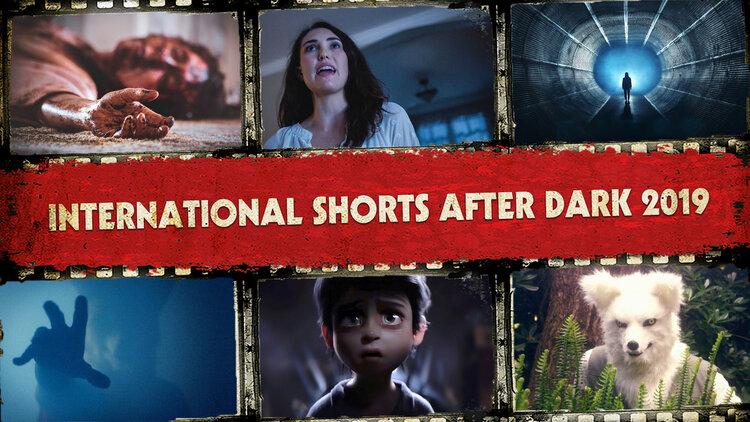 Here are my thoughts on the films that played as part of the International Shorts After Dark showcase.

As he is closing his bar, a bartender has to deal with a group of invaders. As it’s title suggests, Bar Fight is essentially an extended fight scene, filled with some well-choreographed moves and a clever little punchline at the end.

A woman finds a USB connector on her wrist that leads to a mysterious world. Eject is a clever little science fiction tale that tries to visualize what it would be like if we were able to connect our minds to a computer, including some of the side effects.

Following her mother’s funeral, Sam (Katrina Mathers) has a horrendous accident, which is met with complete apathy by her lazy sister Maggie (Lulu McClatchy). Every family has that one member who can be considered the black sleep and Maggie May goes to the extremes at showing how the apathy of one individual can lead to horrific results. Also, the fact that the short features a cover of the Rod Stewart hit of the same name is just icing on the cake.

A family moves into a new home that features a malevolent presence. Place is a bit of an odd short that starts with a very upbeat, turned macabre opening, followed by this family slowly going crazy, which including talking to (and making out with) their reflection. Frankly, I’m not 100% sure what exactly happens in this film.

A woman assembles puzzle pieces that lead to horrifying results. Puzzle is quite simple, yet effective short that features a very Twilight Zone-like premise.

A grieving boy finds himself pursued by shadowy creatures in his attack. La Noria is an excellently crafted CGI short film with some incredibly gorgeous animation and a thrilling and heartfelt story.

In this latest edition of Spirit Cabaret, a samurai (Jason Scott Lee) goes on a quest for vengeance, guided by a talking severed head (James Hong). Puppeteer Kevin McTurk’s shorts have always been a clever mix of macabre stories and well-done puppetry and The Haunted Swordsman is no exception. My only criticism is that the short seems only to be the first part of a larger story that left me wanting more.

A man goes on a time-travelling tour in an effort to save his dead wife. Your Last Day on Earth is a very unusual science fiction short film that involves Time Hacktivists and tourists who have to wear fox masks. That said there are some very interesting twists to this story.

A group of birds make their way towards a firey portal. This animated short is clearly open to interpretation, though it is relatively well-made.

The predecessor to Seth Ickerman’s feature Blood Machines was produced as a music video for the track of the same name from Carpenter Brut’s “Trilogy” album. Turbo Killer features a very loose narrative involving an imprisoned woman being rescued by an intergalactic entity. However, the short is much more about the visual eye candy and the choreographed dance moves. That said, I still enjoyed Turbo Killer and in some ways, I like it better than Blood Machines.