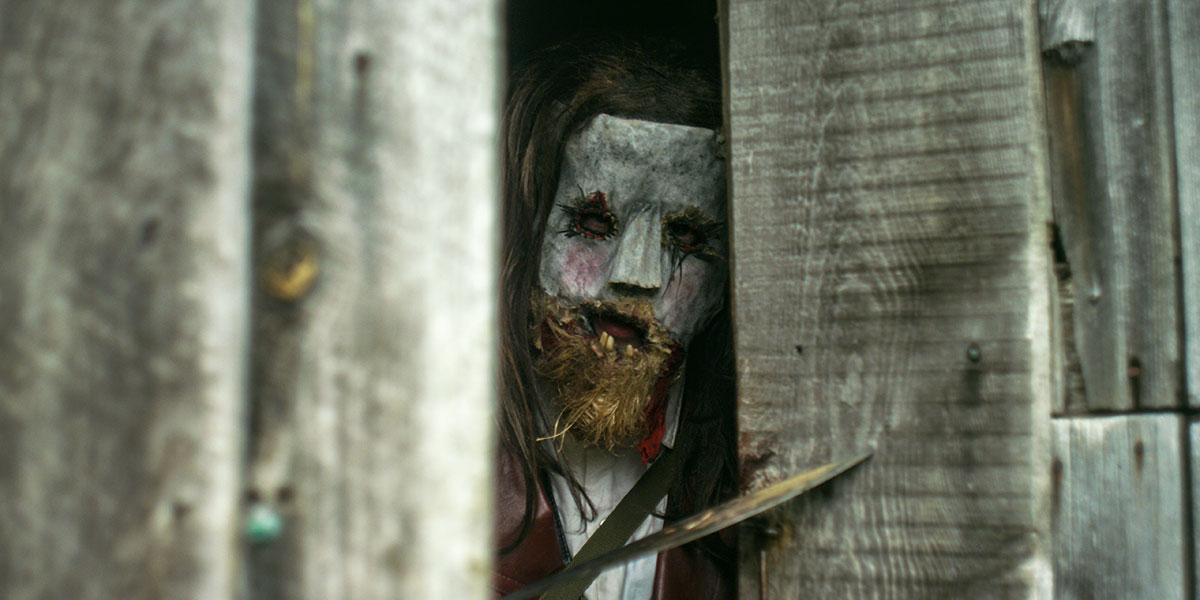 5.9
Making Monsters (2019) Horror, Thriller | 5 September 2019 (Germany)
Director: Justin Harding, Rob BrunnerWriters: Justin HardingStars: Jonathan Craig, Alana Elmer, Peter Higginson
Summary: Add a Plot »
Countries: CanadaLanguages: English
Source: imdb.comDisclaimer: This plugin has been coded to automatically quote data from imdb.com. Not available for any other purpose. All showing data have a link to imdb.com. The user is responsible for any other use or change codes.

A YouTube star and his fiance find themselves tormented by a masked psychopath in Making Monsters. Christian Brand (Tim Loden) is a popular YouTube star, who has gained 10 million follows for producing videos of him pranking his fiance Allison (Alana Elmer). While at a fertility clinic, the couple runs into their old friend Jesse, who invites them to come visit at his new home at a converted church in the countryside. Arriving for the weekend, they are greeted by Jesse’s partner David (Jonathan Craig), who informs them that Jesse will be late arriving. After enjoying a night of drugs and alcohol, Christian and Allison wake up four days later to find there phones and car missing. In addition, they discover cameras around the house and they find out that they are part of a sick plan by a masked psychopath.

Admittedly, I found Making Monsters to be a tonally inconsistent film, with me not knowing whether this was a film to be taken seriously or if the humour present throughout was intentional. I will definitely say that there are too many cooks in the kitchen and that the plot should have settled on a single subgenre, with the supernatural element of the film feeling particularly out of place. However, for a first feature, I still found Making Monsters to be relatively decent.