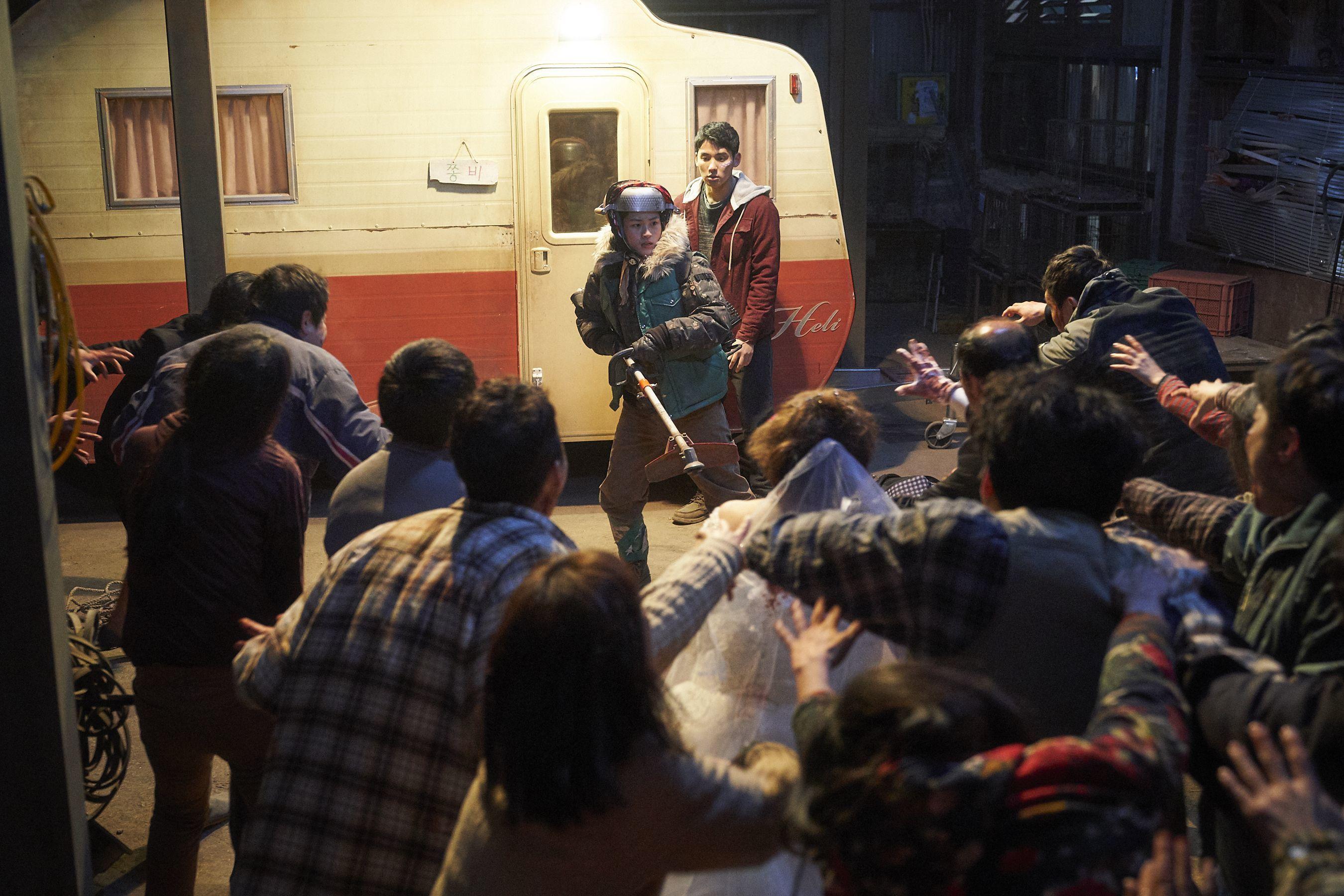 6.6
The Odd Family: Zombie on Sale (2019) 1h 52min | Comedy, Horror | 13 February 2019 (South Korea)
Director: Lee Min-jaeStars: Jae-yeong Jeong, Ga-ram Jung, Nam-gil Kim
Summary: When a pharmaceutical company's illegal experiments inadvertently create a zombie, the strange Park family finds it and tries to profit from it.
Countries: South KoreaLanguages: Korean
Source: imdb.comDisclaimer: This plugin has been coded to automatically quote data from imdb.com. Not available for any other purpose. All showing data have a link to imdb.com. The user is responsible for any other use or change codes.

A South Korean family turns the arrival of a zombie into a financial opportunity in The Odd Family: Zombie on Sale. A lone zombie (Jung Ga-ram), the result of failed clinical tests, arrives into the town Poongsan and bites Man-duk (Park In-Hwan), the patriarch of the Park family that includes Jun-gul (Jae-yeong Jeong), his pregnant wife Nam-joo (Uhm Ji-won), and siblings Hae-gul (Lee Soo-kyung) and Min-gul (Kim Nam-gil). When Man-duk receives renewed youth as a result of the bite, the family decides to sell bites from the zombie, named Zzongbie by Hae-gu, to the local townsfolk. However, it soon turns out that the bites have a delayed incubation period.

The Odd Family: Zombie on Sale is a zombie comedy from first-time South Korean director Lee Min-jae. The film follows the Park family, who live in a rundown gas station in a small town in the boonies, who are known for scamming the townsfolk out of their money. The quiet life of the town is disrupted by the arrival of Zzongbie, who is the result of clinical tests of a drug called Noinsolin. Skeptical of Min-gul’s insistence that this new arrival is a zombie, the family starts a new business when it is discovered that Zzongbie’s bites result in renewed youth. However, soon afterwards, the townsfolk begin developing undead side effects.

The Odd Family: Zombie on Sale is a film built around the semi-sentient, and cabbage-loving, zombie Zzongbie, who can be described as a mix of Bub from Day of the Dead and the “heartthrob zombies” of Warm Bodies. While not as strong as, fellow South Korean zombie film, Train to Busan, I will still say that The Odd Family: Zombie on Sale still has its moments, particularly during the full-on zombie attack in the climax.