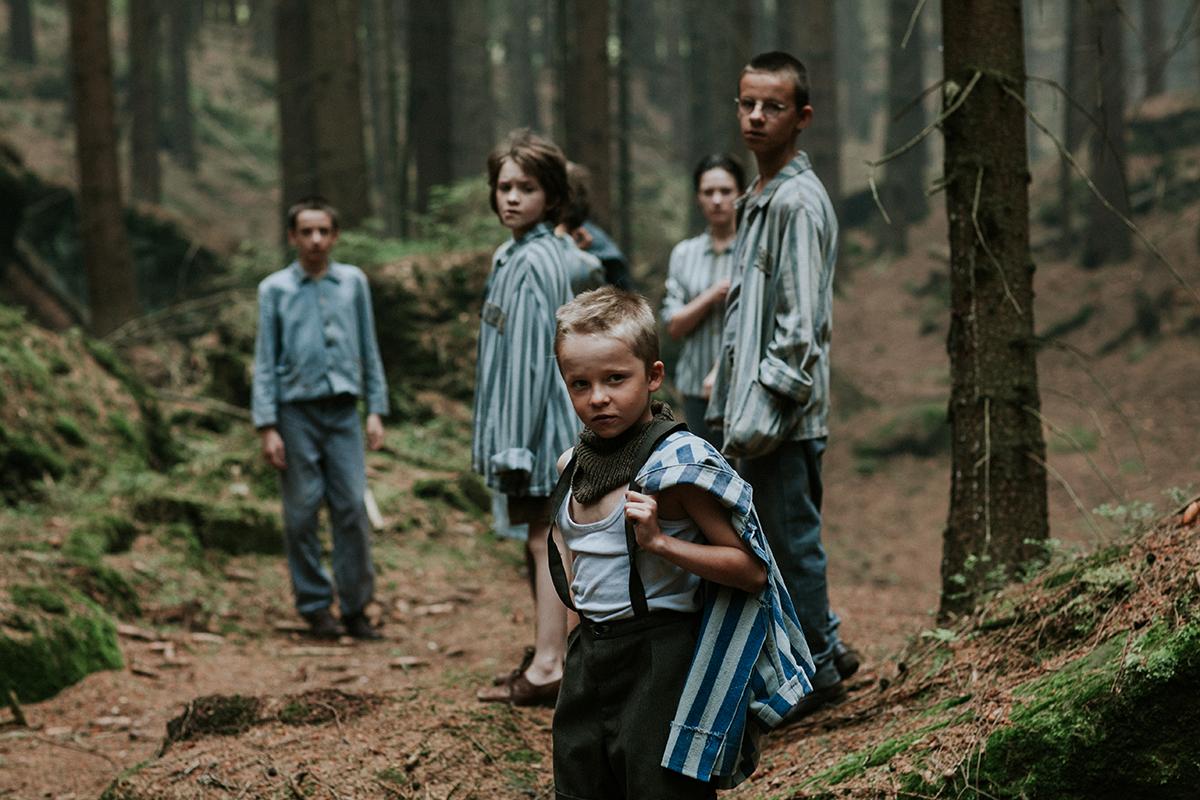 6.4
Wilkolak (2018) 1h 28min | Drama, Horror | 29 March 2019 (Poland)
Director: Adrian PanekWriters: Adrian PanekStars: Kamil Polnisiak, Nicolas Przygoda, Sonia Mietielica
Summary: Children liberated from a Nazi concentration camp have to overcome hunger, thirst and vicious dogs in an abandoned mansion surrounded by the forest.
Countries: Poland, Netherlands, GermanyLanguages: Polish, German, Russian
Source: imdb.comDisclaimer: This plugin has been coded to automatically quote data from imdb.com. Not available for any other purpose. All showing data have a link to imdb.com. The user is responsible for any other use or change codes.

A group of children liberated from a concentration camp find themselves trapped in a mansion surrounded by vicious attack dogs in Werewolf. In February 1945, a group of Jewish children, including Wladek (Kamil Polnisiak), Kraut (Nicolas Przygoda), and Hanka (Sonia Mietielica), are liberated from a Polish concentration camp by Russian soldiers and are left in the care of Jadwiga (Danuta Stenka) at an isolated mansion. However, the house is soon surrounded by a vicious pack of S.S. attack dogs and children are left to fend for themselves, with a dwindling supply of food and water.

Werewolf is a post-World War II drama from writer/director Adrian Panek. The story features elements of survival horror, while also tackling themes of identity for this group of liberated Holocaust survivors, who have only ever known the hate of the Germans. At the centre of this plot are the three oldest children Kraut, Hanka, and Wladek, the latter of whom is a particularly disturbed individual and arguably the most institutionalized of the group.

It should probably be noted that Werewolf is a film that doesn’t actually feature any werewolves, with the film using that title in a more thematic sense. In fact, there are probably many different ways for someone to interpret this film, which turns out to have some similar themes to “The Lord of the Flies” particularly when it comes to these kids’ personal identity. By the end of Werewolf, you will be left questioning whether or not this fight for survival results in a loss of innocence for these young Jewish kids.