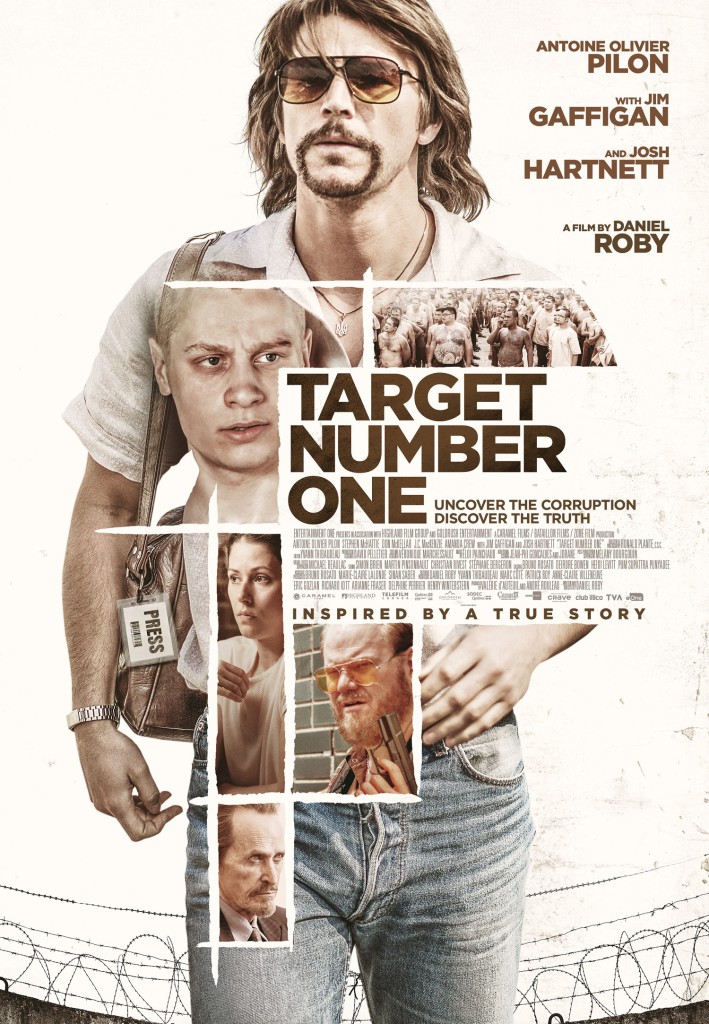 An investigative journalist digs into the story of a Canadian arrested in Thailand during a drug bust gone wrong in Target Number One. Victor Malarek (Josh Hartnett) is an investigative reporter in 1989 Toronto, who decides to write a drug bust that recently happened in Thailand, which has resulted in Canadian citizen Daniel Léger (Antoine-Olivier Pilon) being thrown into a Bangkok prison. Daniel found himself the victim of a sting operation orchestrated by federal police officer Frank Cooper (Stephen McHattie), who planned to entrap Daniel smuggling heroin from Thailand into Canada.

Target Number One, known as Most Wanted in the United States, is a crime thriller from writer/director Daniel Roby (Just a Breath Away), which tells the true story of recovering heroin junkie Daniel Léger who finds himself the key player in a sting operation after his boss and police informant Glenn Picker (Jim Gaffigan) brings Daniel to the attention of Frank Cooper, who isn’t afraid to take shortcuts to ensure that the operation pays off. However, when investigative journalist Victor Malarek finds out the true nature of Daniel’s incarceration in Thailand, he becomes determined to ensure that Daniel receives justice.

One quite notable element of Target Number One is the non-chronological structure, which tackles the different stories of Frank Cooper planning the sting operation, Daniel Léger becoming involved in it, and Victor Malarek investigating the aftermath. However, the nature of the chronology isn’t immediately apparent, with it is supposedly an aha moment when we find out that the story isn’t being told in order.

Probably a major coup for a Canadian production such as Target Number One is the casting of Josh Hartnett, who essentially shares the lead protagonist role with both Antoine-Olivier Pilon (Mommy) and the legendary Stephen McHattie. Never have I expected that I would see a film that would see someone like Josh Hartnett share the screen with someone like Don McKellar, who plays Victor Malarek’s friend and co-worker Norm. Then there’s comedian Jim Gaffigan, who has a small but notable role in the film as drug dealer and police informant Glenn Picker.

While Target Number One ends up being a relatively solid crime thriller, the out of order chronology does end up being a bit of a hindrance for the narrative, especially as the plot reaches a point, where it has to catch up with facts that we have already been told. However, it is still a film that is worth checking out.

Target Number One is now playing in select Canadian cinemas and on VOD in the US under the title Most Wanted.

Target Number One (Most Wanted) – Review