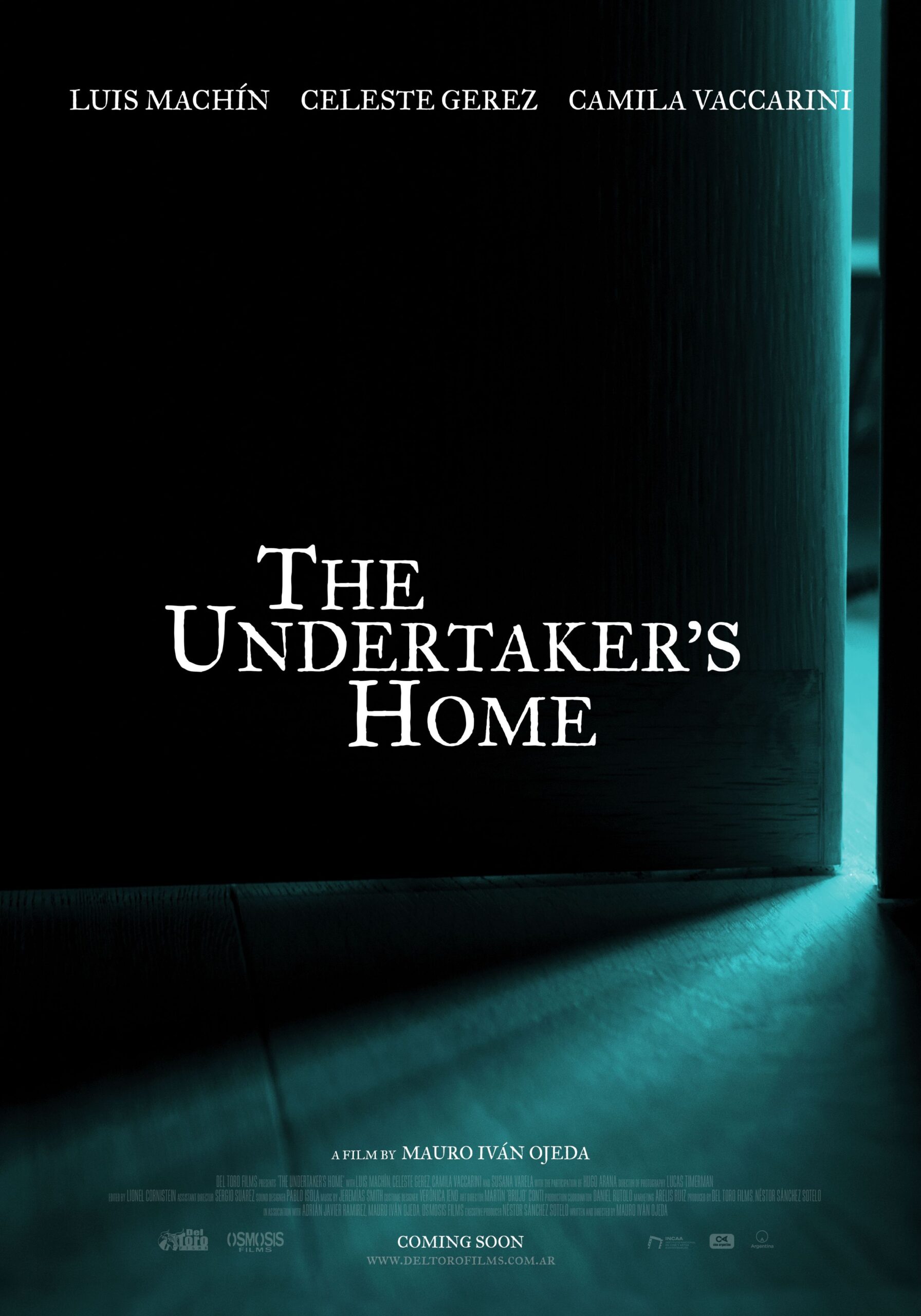 A family fights to survive a demonic presence in the funeral home where they live in The Undertaker’s Home. Bernardo (Luís Machín), wife Estella (Celeste Gerez) and stepdaughter Irina (Camila Vaccarini) all live together in Bernardo’s funeral home, which is also home to a number of spirits that haunt them a night. However, the nightly haunting begin to get worse with a more malevolent presence, leading to Irina wanting to leave to stay with her grandmother. When the presence begins targeting Estella as well, the family’s shaman friend Ramona is brought in to help cleanse the house.

The Undertaker’s Home is a supernatural horror film that is the feature film debut for Argentinian writer/director Mauro Iván Ojeda. As the film starts, the fact that this funeral home is haunted in just a fact of life for Bernardo and his family. However, hidden among the more passive ghosts of the house is a demonic entity, which has specifically been targeting Bernardo’s wife Estella and stepdaughter Irina. With the help of the shaman Ramona, the family has to resist the demon, before it kills them all.

The Undertaker’s Home is relatively successful at building its scary atmosphere, particularly through a number of scenes featuring silent tracking shots around the funeral home, accompanied only by the creepy score. Admittedly, the first half of the film is a relatively slow pace, though the film does build up to a relatively effective climax, which includes not one but two setpieces taking place inside a porta-potty. The Undertaker’s Home also has a very unique closing scene that a bittersweet cherry to this haunted house film.