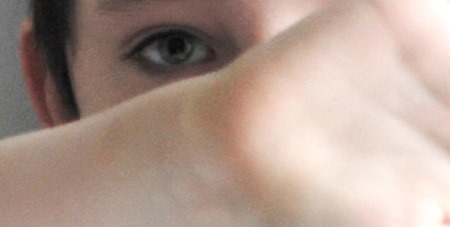 Director Mark Cousins follows up his epic documentary The Story of Film: An Odyssey with this new film that takes a look at depiction of children in cinema. While A Story of Children and Film is fully independent from his previous documentary, Cousins uses the same basic template from The Story of Film to discuss a wide variety of films from around the world and how they depict children in different ways.  As opposed to The Story of Film’s chronological approach, Cousins opts to discuss the films based on the many different ways children act on film. Cousins also opted to focus primarily on live-action films, which have kids as the focus. As a general framing device for the film, Mark Cousins filmed his niece and nephew, Laura and Ben, as they played with a toy marble track in Cousins’ living room.  Cousins returns to this scene many times throughout the film and points out individual moments, which leads into an in-depth discussion of various films that featured similar behaviours, like the ones exhibited by Laura and Ben.  For instance, there is a section where Ben begins talking directly to the camera, which leads into Cousins talking about films, where kids are depicted as storytellers, who have the habit of turning real events into fairy tales. At a running time of 101 minutes, A Story of Children and Film is much less in-depth than the 15 hours of The Story of Film.  However, Cousins still manages to discuss about 53 films over the course of the running time. These range from well-known films, such as E.T. The Extra-Terrestrial, The Kid, and 400 Blows, to some more obscure titles, some of which aren’t readily available.  Just like The Story of Film, A Story of Children and Film works as a cinematic film class and is sure to add films to the watchlist of even the most hardcore cinephile. Since it’s impossible to remember each and every film discussed in the film, they are all conveniently listed on the film’s official website. Probably the most interesting point Mark Cousins makes in A Story of Children and Film is that cinema is the first major artform to feature various depictions of children. In addition, since cinema is only 12 decades old, it is still a child itself, in some ways.  Overall, I thought that A Story of Children and Film makes a fine follow-up to The Story of Film and, even though some may consider the depiction of children in film a footnote of film history, Mark Cousins depicts it a highly intelligent and interesting way.  9 | REALLY LIKED IT