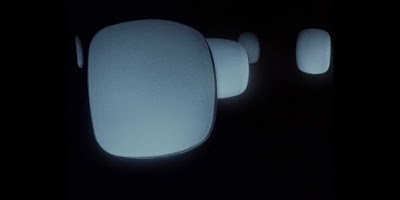 Toronto-based experimental filmmaker Blake Williams makes his feature debut with PROTOTYPE. Through the use of 3D imagery, footage of the 1900 Galveston Hurricane is turned into a sci-fi landscape.

The thing that attracted me to Blake Williams’ PROTOTYPE is the film’s description as a 3D experimental film with sci-fi imagery. However, the film turns out to be much more abstract than this description. Make no mistake about it, PROTOTYPE is a full on avant-garde film, which relies more on experimental imagery than any form of narrative.

I do have to give Blake Williams credit for his interesting use of 3D, which is typically better utilized in PROTOTYPE than any mainstream film. However, PROTOTYPE‘s 63 minute running time does feel quite long, which only feels longer by the amount of times the film fades to black. Ultimately, I have never been a huge fan of super avant-garde films, so I am just going to shrug off PROTOTYPE as simply being not my thing.