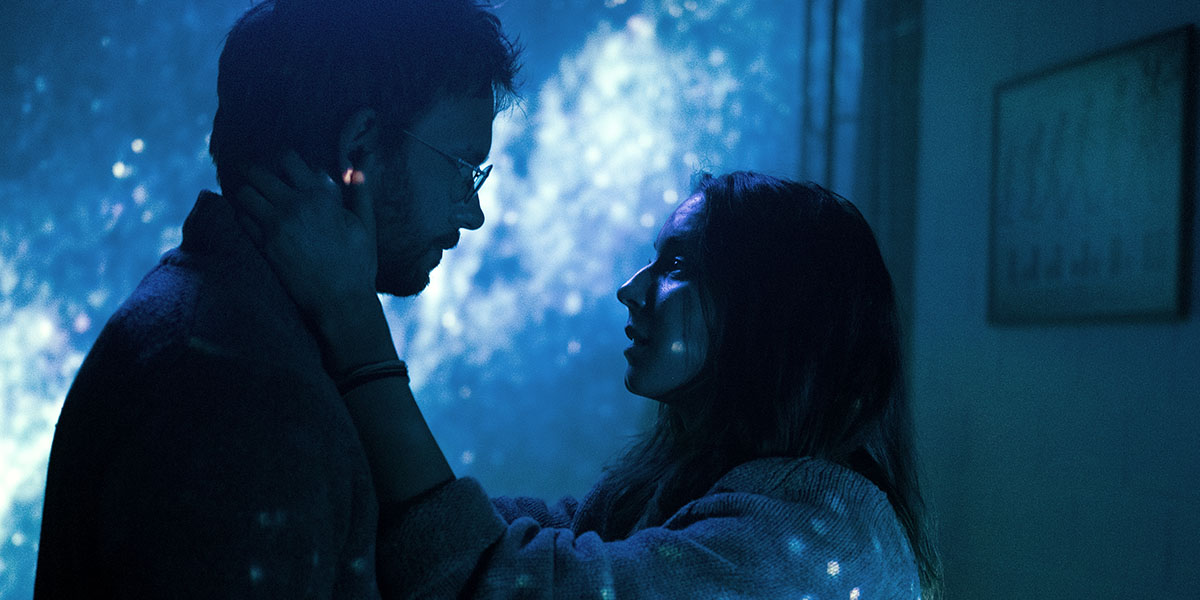 An astromoner tries to find a habitable planet with the help of his new research assistant in Clara. Dr. Isaac Bruno (Patrick J. Adams) is a man obsessed with finding signs of life in the cosmos, with this obsession costing him his job as a university professor. Deciding to continue his research at home, Isaac hires enigmatic woman Clara (Troian Bellisario) to be his assistant. Together they analyze the data from the newly launched Tess telescope to try and find a planet that can support life.

Writer/director Akash Sherman looks to the stars in the sci-fi drama Clara. Following a personal tragedy, Isaac Bruno has cared about little else, other than his search for life in the cosmos. As a staunch Atheist, Isaac’s ideals clash somewhat with Clara’s faith-based open-mindedness. However, it is together that Isaac is able to come closer to finding what he is looking for.

It takes a little while to get into Clara, since as described at one point by his best friend Charlie (Ennis Esmer), Isaac Bruno is quite a bit of a pretentious jerk when we meet him. However, eventual the science of Clara begins to take over, as the film delves into the eternal question of “are we alone in the universe?” Whether it’s the existence of aliens or some sort of higher power, there is a lot present in Clara that will leave viewers thinking.