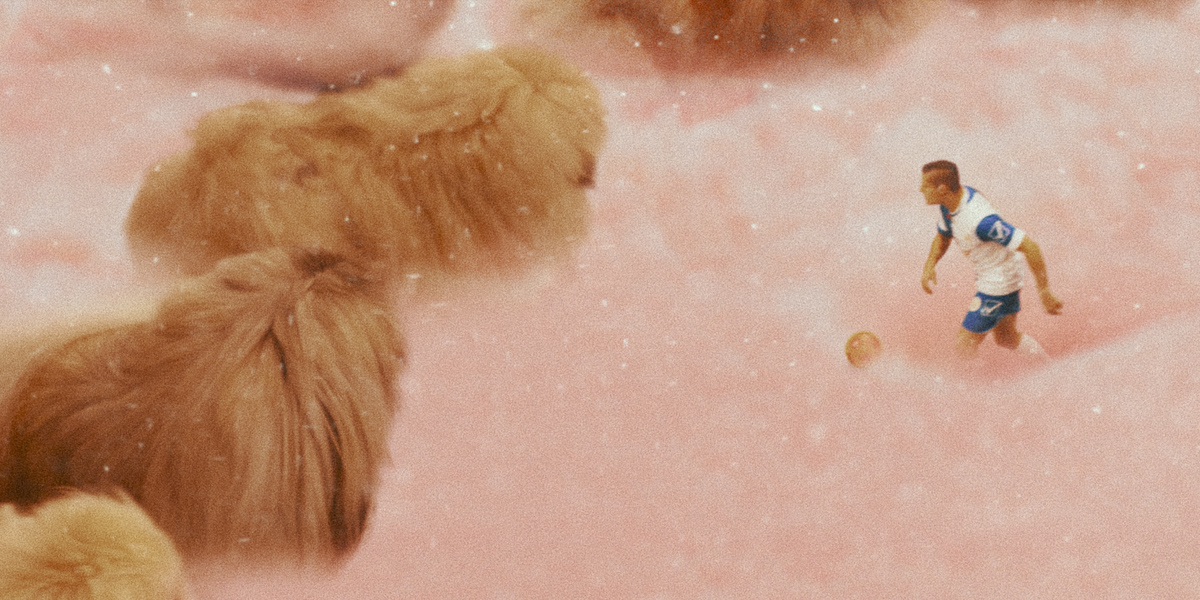 A disgraced soccer star decides to adopt a refugee in Diamantino. Diamantino Matamouros (Carloto Cotta) is the star soccer player for Portugal, whose prowess comes from his ability to see nothing but pink clouds and fluffy puppies on the pitch. However, when he becomes aware of the refugee crisis, Diamantino is thrown off his game and blows a penalty kick in the World Cup final. Meanwhile, it turns out that Diamantino is being investigated for tax evasion and money laundering and when he decides to adopt a refugee, it provides the opportunity for investigator Aisha (Cleo Tavares) to infiltrate Diamantino’s mansion under the guise of African refugee “Rahim.” However, it turns out the real criminals are Diamantino’s identical twin sisters Sonia and Natasia (Anabela and Margarida Moreira), who are using their brother as part of a nationalist conspiracy.

Avant-garde iconoclasts Gabriel Abrantes and Daniel Schmidt make their feature film debut with the very surreal comedy Diamantino. The titular Portuguese soccer star, a pretty obvious riff on Cristiano Ronaldo, is an absent-minded man-child, who knows little else other than life on the pitch and caring for his kitten Mittens. However, Diamantino’s life has a new purpose when he adopts his new refugee “son,” with the two quickly forming a bond with each other. Little does he know, Diamantino is at the centre of a conspiracy to create propaganda designed to remove Portugal from the European Union.

Diamantino is a very quirky and trippy film and definitely a very unique watch. Obviously, the most memorable images of the film are the visions of fluffy puppies, which illustrates Diamantino’s ever-present inner-child. The plot of Diamantino only gets weirder as it goes along, but it ends up being a pretty enjoyable absurd comedy.