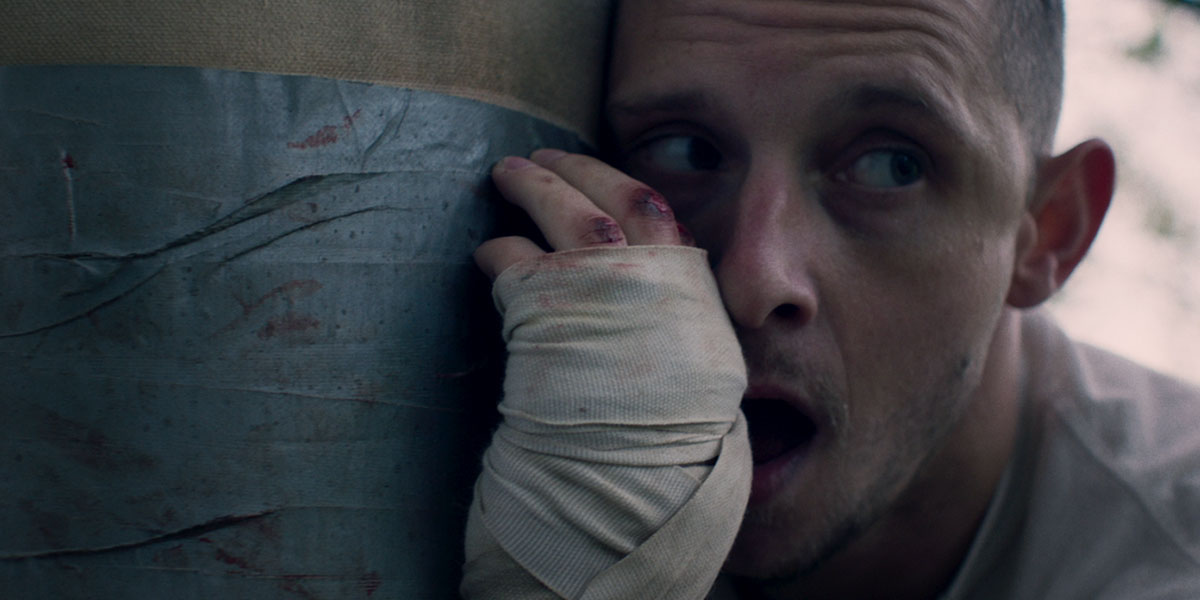 An ex-marine struggling to support his family sets off to participate bare-knuckle brawl in Donnybrook. Jarhead Earl (Jamie Bell) is a veteran desperate for money to support his family, so he sets off with his son to participate in the Donnybrook bareknuckle cage match. On Earl’s trail is Chainsaw Angus (Frank Grillo), a violent psychopath who runs a meth operation with his sister Delia (Margaret Qualley) and whose path of carnage attracts the attention of local sheriff Donnie Whalen (James Badge Dale).

From director Tim Sutton comes a gritty drama about a marine, turned criminal, who plans to use to the prize money from the Donnybrook to support his family, particularly his cancer-stricken wife. However, Earl also has to deal from the constant threat of Angus, who is prone to fits of violence, even against his own sister Delia.

While Donnybrook may appear on the surface to be about the titular bareknuckle fight, it actually ends up being a very small part of what is a quite slow paced crime drama. Despite the bloody carnage left by Chainsaw Angus, Donnybrook is a quite dull film to watch for most of its running time. In addition, the subplot involving James Badge Dale’s sheriff comes off as little more than filler and ultimately doesn’t really contribute to the story as a whole. While the excitement does go up for the titular fight, the rest of Donnybrook makes it a film to skip.