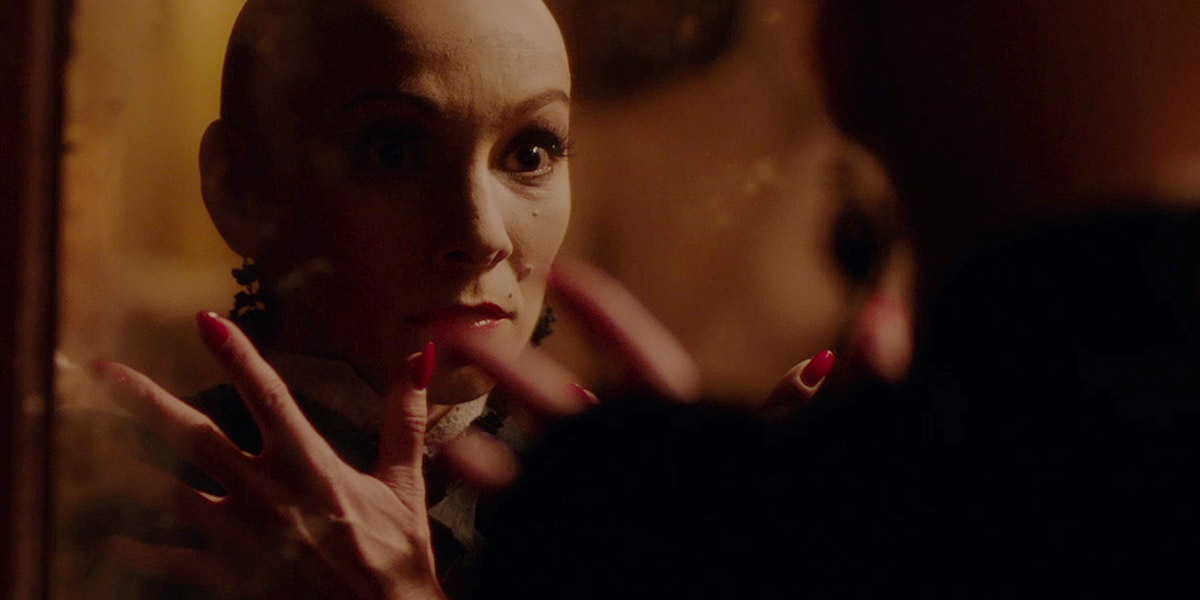 A mysterious department store sells a haunted red dress to unsuspecting customers in In Fabric. Sheila (Marianne Jean-Baptiste) steps into the department store Dentley & Soper’s to buy a dress for a blind date. Greeted by the odd, cryptic speaking shopkeeper (Fatma Mohamed), Sheila ends up buying a haunting red dress. However, the date doesn’t go well and dress seems to leave a strange rash on Sheila’s body. When the dress seems to have a mind of it own, Sheila strives to get rid of it and it ends up being bought in a thrift store as a gag bachelor party gift for washing machine repair man Reg (Leo Bill), who lives with his fiance Babs (Hayley Squires).

Director Peter Strickland follows up his first two films Berberian Sound Studio and The Duke of Burgundy with this tale about a haunted dress and a very strange department store. In Fabric features two very distinct narratives, with the first focusing of Sheila, a lonely divorcee who lives with her son Vince (Jaygann Ayeh) and has an adversarial relationship with Vince’s very sexually liberated girlfriend Gwen (Gwendoline Christie). The film later progresses to the story of engaged couple Reg and Babs, who come across the dress when Reg is forced to wear it during his bachelor party.

In Fabric is a film that I can describe as “gloriously weird,” which is probably a description that I can give to Peter Strickland’s entire filmography. I can probably describe In Fabric as being like Suspiria as directed by David Lynch, but even that doesn’t fully cover the absurd visuals of a sentient dress flying through the air at its victims. While the sudden switch in protagonists is a bit jarring, I do have to say that In Fabric is a film worth seeing for its weirdness alone.