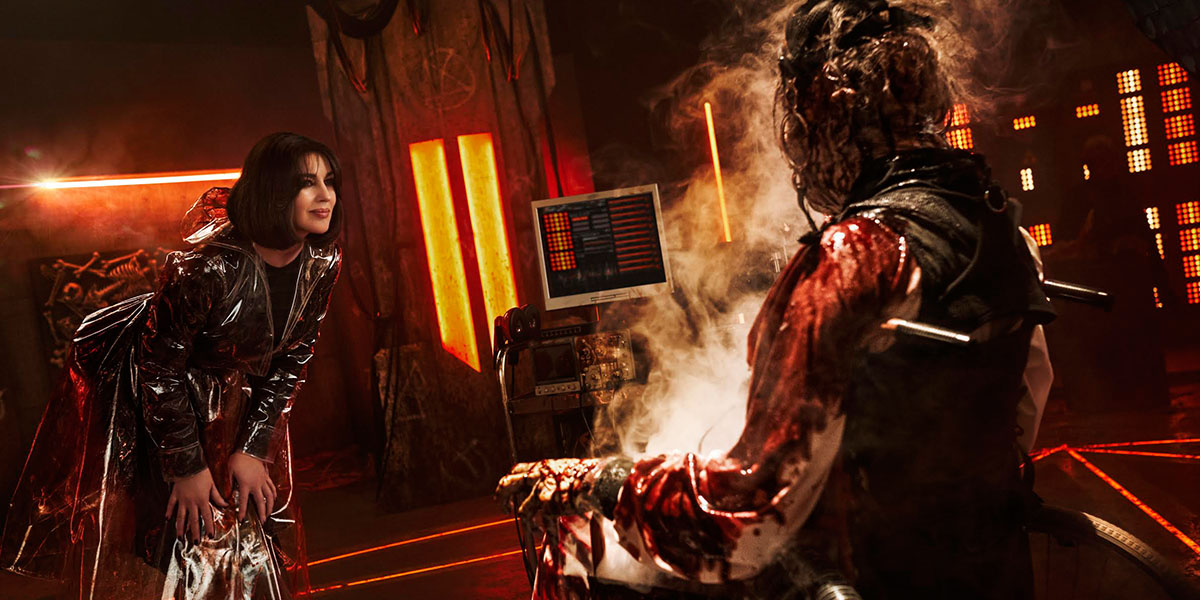 A group of demon hunters set out to stop the social media exploiting demon queen in Nekrotronic. For generations, there have been a war between demons and a group of hunters known as Nekromancers. The demonic queen Finnigan (Monica Bellucci) has found a way to transmit demons through social media, using a ghost hunting mobile game. It is through this game, played by his friend Rangi (Epine Bob Savea), that sanitation worker Howard (Ben O’Toole) discovers that he is a Nekromancer and finds himself introduced to Luther (David Wenham) and his daughters Torquel (Tess Haubrich) and Molly (Caroline Ford) and Howard subsequently finds out that Finnigan is his demonically possessed mother. Howard reluctantly joins the Nekromancers to try and put a stop to Finnigan’s plan of world domination.

Australian filmmaking siblings Kiah and Tristan Roache-Turner follow up their 2014 Mad Max/zombie mash-up Wyrmwood: Road of the Dead with a horror action-comedy that can probably be best described as a mix between Ghostbusters and Evil Dead, with a dash of Pokemon Go. Nekromancer features a wide variety of somewhat absurd ideas, ranging from spreading demons through a mobile game to a 3D printer for souls. At the centre of it all is a typical hero story for Howard, who discovers he is a member of this secret group committed to eliminating demons.

I was a big fan of writer/director Kiah Roache-Turner and writer/producer Tristan Roache-Turner’s previous film Wyrmwood, so I went into Nekrotronic with some heightened expectations. While a much more polished film, I have to admit that I didn’t latch onto Nekrotronic as much as I did Wyrmwood. That said, the film is still an entertaining watch, with many laughs and plenty of gore.