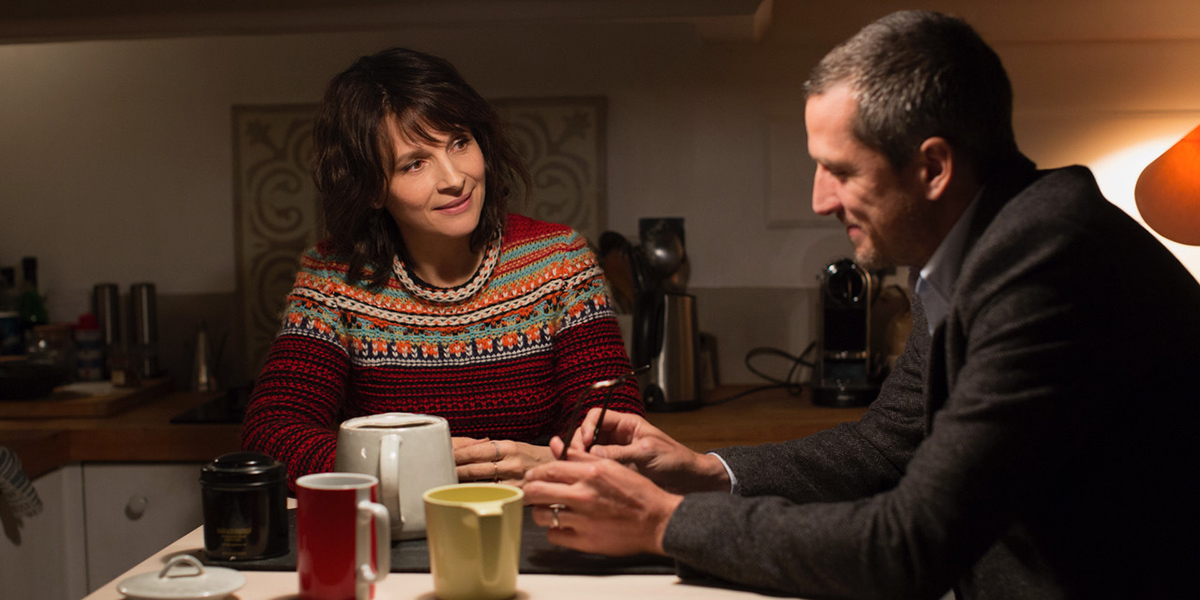 A group of people in the Parisian publishing world adjust to changes in the industry and their lives in Non-Fiction. Alain (Guillaume Canet) is a publisher in Paris, who is trying to embrace the switch from books to digital, while also dealing the stagnation of his marriage to his actress wife Serena (Juliette Binoche). At the same time he has to try and gently let down one of his regular authors Leonard (Vincent Macaigne), who only knows how to write auto-fiction about his extramarital affairs.

Non-Fiction is the latest film from director Olivier Assayas (Personal Shopper, Clouds of Sils Maria) and it deals with the lives of a handful of people in the Parisian publishing world. Each scene consists of lengthy conversations among different combinations of the half dozen or so central characters, with the topic being the state of the publishing industry, the individual’s personal lives, or a combination of both.

After having some level of success with his English language films Clouds of Sils Maria and Personal Shopper, Olivier Assayas returns with this very French look inside the world of the Parisian publishing world. Interestingly, I would describe the plot of Non-Fiction as mix of Richard Linklater’s Before Trilogy and Denys Arcand’s The Decline of the American Empire. Featuring some interesting contemplations about the state of the publishing industry, and a recurring gag at the expense of Michael Haneke’s The White Ribbon, I would have to say that Non-Fiction is overall an enjoyable comedy.