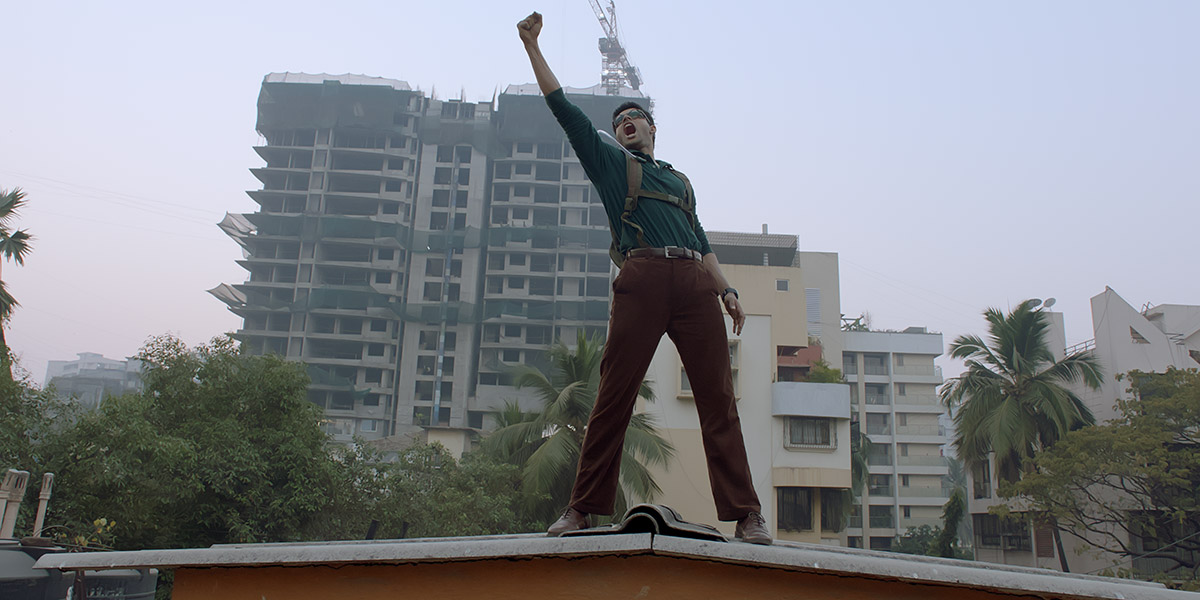 A man diagnosed with Congenital Insensitivity to Pain sets out to help his idol fight his brother in The Man Who Feels No Pain. Surya (Abhimanyu Dassani) was born with a rare medical condition, where he cannot feel any pain. With his mother having died during a robbery shortly after he was born, Surya is mentored by his grandfather Ajoba (Mahesh Manjrekar) to learn how to survive with his condition, while learning martial arts from old videotapes. Along with his childhood friend Supri (Radhika Madan), Surya vows to assist his idol Karate Mani (Gulshan Devaiah) fight back against his psychotic twin brother Jimmy (also Devaiah).

The Man Who Feels No Pain is an Indian action-comedy from filmmaker Vasan Bala. The central character Surya grew up in a heavily sheltered environment by his over-protective father, though secretly practiced martial arts to fulfill his dream of being a hero. Constantly wearing protective glasses and a water backpack, to keep himself hydrated, Surya gets his chance when he finds out that his childhood idol Mani needs help recovering his family’s chain.

The Man Who Feels No Pain is a quite fun to watch action-comedy, with a man-child protagonist, who grew up with a love of martial arts films. The film features some well-choreographed martial arts fight scenes, with comedy coming from either Surya’s insensitivity to pain, often accompanied by a monotonous “ouch,” as well as his constant desire to stay hydrated. While the 2h14m running time does make for a long viewing experience, The Man Who Feels No Pain is still a quite entertaining film.