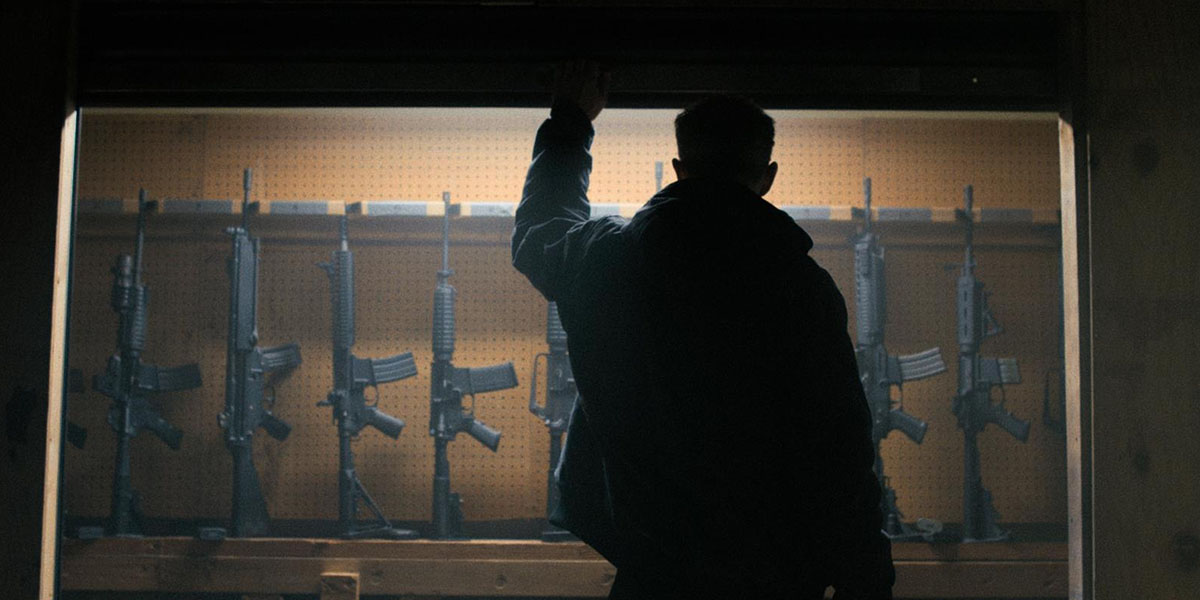 The members of a militia try to find out which one of them is responsible for a mass shooting in The Standoff at Sparrow Creek. Following a mass shooting targeting cops at a funeral, local militia members Gannon (James Badge Dale), Beckmann (Patrick Fischler), Noah (Brian Geraghty), Ford (Chris Mulkey), Morris (Happy Anderson), Keating (Robert Aramayo), and Hubbel (Gene Jones) gather together at an isolated lumber warehouse to regroup. After discovering one of their guns is missing from the armory, the group figures that one of them is the shooter. As an ex-cop and expert interrogator, Gannon is tasked with questioning the militia members and finding out which one of them is responsible.

Writer/director Henry Dunham makes an impressive feature film debut with the slow burning crime thriller The Standoff at Sparrow Creek. The film has a plot reminiscent of Reservoir Dogs and a cast filled of notable character actors, such as James Badge Dale (13 Hours), Patrick Fischler (Mulholland Dr.), Robert Aramayo (Game of Thrones), and Gene Jones (The Sacrament). Tension slowly builds as the members of this militia begin to lose trust in each other, as they try to hunt down the one who’s responsible for the mass shooting.

Taking place nearly entirely on its single warehouse location, The Standoff at Sparrow Creek is a film that opts to build tension primarily through character interactions. The stakes are raised early on when Gannon finds out there is an undercover cop among the ranks and opts to protect him, despite the growing suspicions by militia leader Ford. Ultimately, The Standoff at Sparrow Creek is a hard-boiled crime thriller that does a lot with so little and is a quite compelling watch from start to finish.