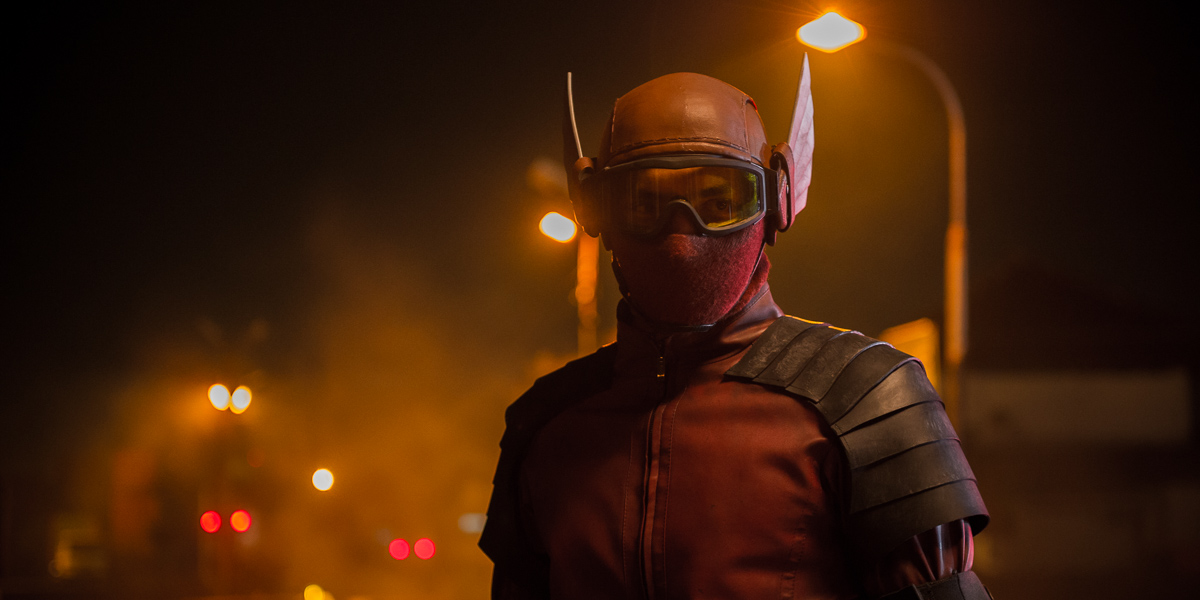 7.7
Gundala (2019) 2h 3min | Action, Crime, Drama | 29 August 2019 (Indonesia)
Director: Joko AnwarWriters: Joko AnwarStars: Abimana Aryasatya, Tara Basro, Bront Palarae
Summary: Indonesia's preeminent comic book superhero and his alter ego Sancaka enter the cinematic universe to battle the wicked Pengkor and his diabolical squad of orphan assassins.
Countries: IndonesiaLanguages: Indonesian
Source: imdb.comDisclaimer: This plugin has been coded to automatically quote data from imdb.com. Not available for any other purpose. All showing data have a link to imdb.com. The user is responsible for any other use or change codes.

The popular Indonesia superhero hits the big screen in Gundala. Sancaka (Abimana Aryasatya) is a man who found himself alone as a child, after the death of his father and the disappearance of his mother. Working as a security guard, Sancaka discovers that he gains super-strength when his struck by lightning. When the disfigured crime boss Pengkor (Bront Palarae) launched a scheme to create a generation of immoral children, Sancaka adopts the costumed persona of Gundala to fight off Pengkor’s legion of orphan assassins.

Written for the screen and directed by Joko Anwar (Satan’s Slaves), Gundala is the first in a new series of films based on the superheroes from Indonesia’s Bumi Langit comics. Structured like a typical superhero origin tale, the film begins with Sancaka’s life as a child (played by Muzakki Ramdhan), who finds himself all alone on the streets of Jakarta, though he has a brief encounter with a young man named Awang, who teaches Sancaka martial arts, to help fend for himself. As an adult, Sancaka learns to harness a power he has had all his life and becomes the superhero Gundala.

As a standalone film, I would say that Gundala is a somewhat decent action film, with well-choreographed martial art fight scenes, a couple of which feature a cameo by The Raid‘s Yayan Ruhian as one of Pengkor’s orphan assassins. However, I did not really find myself caring all that much for the universe building, which includes hints of future villains and heroes. While it’s unknown if I’ll see any future films from this Bumi Langit Cinematic Universe, I will still say that Gundala is still a fine enough superhero martial arts film.