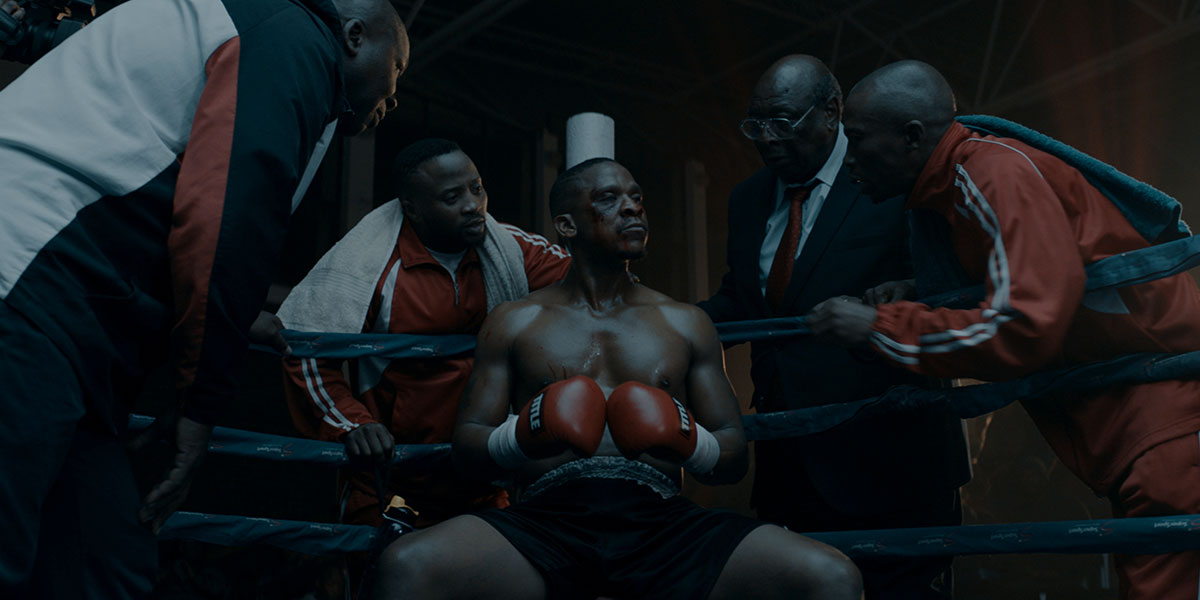 7.1
Knuckle City (2019) Crime | 18 July 2019 (South Africa)
Director: Jahmil X.T. QubekaWriters: Jahmil X.T. QubekaStars: Sivuyile Ngesi, Nomhle Nkonyeni, Bongile Mantsai
Summary: An aging, womanizing professional boxer and his career-criminal brother take one last shot at success and get more than they've bargained for.
Countries: South AfricaLanguages: Xhosa
Source: imdb.comDisclaimer: This plugin has been coded to automatically quote data from imdb.com. Not available for any other purpose. All showing data have a link to imdb.com. The user is responsible for any other use or change codes.

An aspiring boxer in a South African ghetto has one last chance at success in Knuckle City. Those who grow up the South African township of Mdantsane have the choice of either being a boxing champion, a career criminal, or dead. The son of slain boxing champion turned gangster Art Nyakama (Zolisa Xaluva), Dudu (Bongile Mantsai) is a 37-year-old womanizer, who is desperate for one last chance to prove himself in the ring. When Dudu’s criminal younger brother Duke (Thembekile Komani) is released from prison, Dudu asks him to seek the help of the gangster Bra Pat (Patrick Ndlovu) for help securing a fight. However, doing so comes with a price for both brothers.

South African director Jahmil X.T. Qubeka brings us into the slums of his Mdantsane, which is known for both breeding boxing champions and a high level of crime. The plot of Knuckle City bounces back and forth between the present and 1994 flashbacks, which shows Dudu and Drake’s (played as kids by Inga Mtshizana and Elethu Mfombi) relationship with their father, who was assassinated in a mob-style hit. Together, Dudu and Drake share a love/hate relation, as they each chose different paths of those available to people in Mdantsane.

I would describe Knuckle City as being a crime drama that also wants to be a boxing film. Despite boxing being a major element of the plot, it almost takes a backseat to the story of the brotherly relationship between Dudu and Drake, as well as the criminal underworld that controls the local boxing circuit. While I ultimately found Knuckle City to be merely just fine, I will give the film props for being an entirely South African-set story in the Xhosa language that is still quite accessible to anyone familiar with either boxing or crime films.