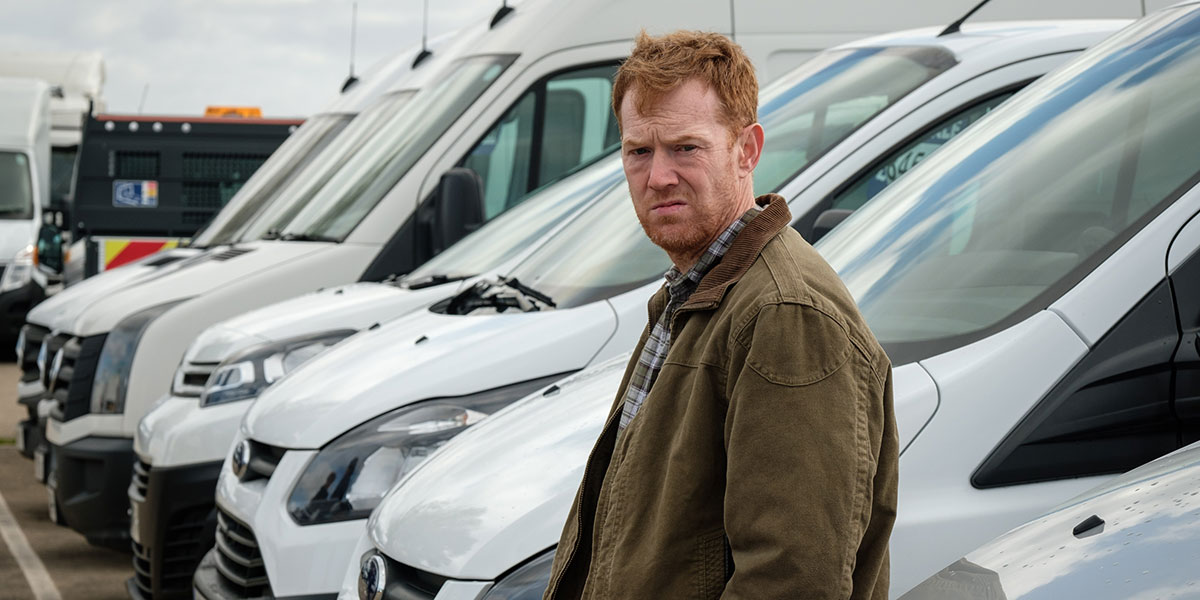 7.7
Sorry We Missed You (2019) 1h 41min | Drama | 6 March 2020 (USA)
Director: Ken LoachWriters: Paul LavertyStars: Kris Hitchen, Debbie Honeywood, Rhys Stone
Summary: A hard-up delivery driver and his wife struggle to get by in modern-day England.
Countries: UK, France, BelgiumLanguages: English
Source: imdb.comDisclaimer: This plugin has been coded to automatically quote data from imdb.com. Not available for any other purpose. All showing data have a link to imdb.com. The user is responsible for any other use or change codes.

A working-class British family struggles to make ends meet in Sorry We Missed You. Having previously lost his home and job in the 2008 financial crash, Ricky (Kris Hitchen) starts a semi-freelance job with a delivery depot. Requiring a long financial deposit for his delivery van, Ricky’s wife Abbie (Debbie Honeywood) is forced to sell her car and take the bus to her job as a home-care nurse. As the couple struggles with managing their debts, their oldest son Seb (Rhys Stone) begins to frequently get into trouble for skipping school to do graffiti around town.

Sorry We Missed You is the latest film from director Ken Loach. In a similar fashion to his previous film I, Daniel Blake, Loach and screenwriter Paul Laverty provide a social commentary on the poor state of the working-class in the United Kingdom. When Ricky gets his new delivery position, he is promised by Gavin Maloney (Ross Brewster) that Ricky can “be his own boss,” however the long hours and steep penalties for missing a shift suggest otherwise. If that wasn’t bad enough, both Ricky and Abbie have to deal with the worsening behaviour of their son Seb, which soon causes tensions to hit their peak.

Sorry We Missed You demonstrates Ken Loach’s masterful ability at providing a commentary on how the system fails the working-class in the UK. Both Ricky and Abbie are being exploited in their own way, working long hours for little pay and zero over time, with them having little to no time to care for their family. The end result is a very affecting film that doesn’t offer that much hope for the working-class.

TIFF19 screenings of Sorry We Missed You