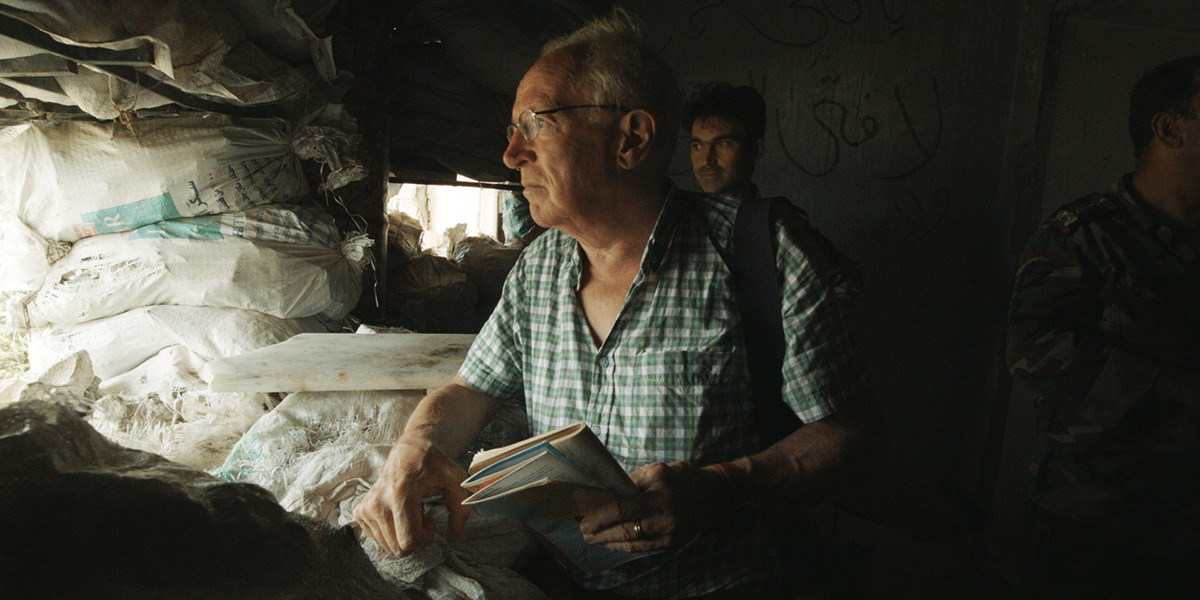 ?.?
This is Not a Movie (2019) 1h 46min | Documentary, Action, Biography | September 2019 (Canada)
Director: Yung ChangWriters: Yung Chang, Nelofer PaziraStars: Robert Fisk, Amira Hass, Nirmeen Hazineh
Summary: The groundbreaking and often game-changing reporting of legendary foreign correspondent and author Robert Fisk is profiled in the latest from acclaimed documentarian Yung Chang (Up the Yangtze).
Countries: Canada, GermanyLanguages: English, Arabic
Source: imdb.comDisclaimer: This plugin has been coded to automatically quote data from imdb.com. Not available for any other purpose. All showing data have a link to imdb.com. The user is responsible for any other use or change codes.

The career of British Middle East correspondent Robert Fisk is profiled in This Is Not a Movie. Robert Fisk began his career in journalism in the 1970s covering The Troubles in Northern Island for “The London Times.” However, he would soon move to the Middle East, where he would remain for four decades. Today, Fisk continues to write for “The Independent,” which is in the process of transitioning to an entirely digital platform, as he covers current issues such as the war in Syria and the ongoing conflict between Israel and Palestine.

The latest film from Canadian documentarian Yung Chang (Up the Yangtze) profiles the career of Robert Fisk, a British journalist based in Beirut, who has been covering the Middle East for four decades. Focused more on exposing the truth than picking sides, Fisk has often received criticism for his opinions and even made the decision to leave “The Times” in the late 1980s, after the paper was acquired by Rupert Murdoch, which lead to editorial censorship. Whether it be the 1982 Sabra and Shatila massacre in Lebanon or the current war in Syria, Robert Fisk has dedicated himself to writing only the stories about what he sees with his own eyes.

The title of This Is Not a Movie comes from how Robert Fisk decided to become a journalist about seeing Alfred Hitchcock’s 1940 film Foreign Correspondent, with Fisk’s actual career turning out nothing like the protagonist of that film. Even so, This Is Not a Movie shows what is quite possible a dying breed of journalism, where Robert Fisk does most of his reporting right from the frontlines. While Robert Fisk’s fight, to tell the truth, might not do much to change popular opinion, it does remain a noble endeavour in our fake news dominated world.

TIFF19 screenings of This Is Not a Movie