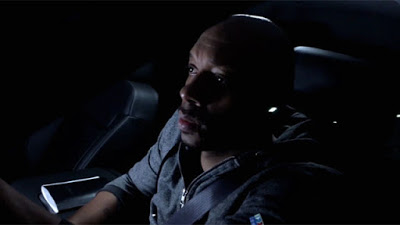 An Uber driver picks up nine passengers on a busy New Year’s Eve in 9 Rides. It is the busiest night of the year and an Uber driver (Dorian Missick) is working on New Year’s Eve to earn enough money for this upcoming wedding. Over the course of the night, the driver picks up nine rides, the encounters with which results in him contemplating the current state of his life and relationship.

From director Matthew A. Cherry comes this New Year’s Eve set drama, filmed entirely with an iPhone 6. Over the course of a busy New Year’s Eve in Los Angeles, the anonymous Uber driver picks up a number of rides. This includes a group of drunk college kids. an abusive couple, and an old married couple from New York. Each of these encounters results in the driver reflecting on the state of his life, particularly the state of his relationship with his fiance.

From a technical point of view, 9 Rides can be considered an achievement, since it’s a very well shot film, made entirely at night with iPhones. However, the bulk of the film takes place within the driver’s car, so most shots are static views from the dashboard, backseat, or side window. However, despite being a relatively simple film, 9 Rides still tells an interesting story, which leads to a somewhat unexpected conclusion. It’s also refreshing seeing a film from a black filmmaker with a predominantly black cast that doesn’t deal with race, save for a police encounter at one point. Altogether, 9 Rides is an interesting collection of New Year’s Ever Uber encounters.