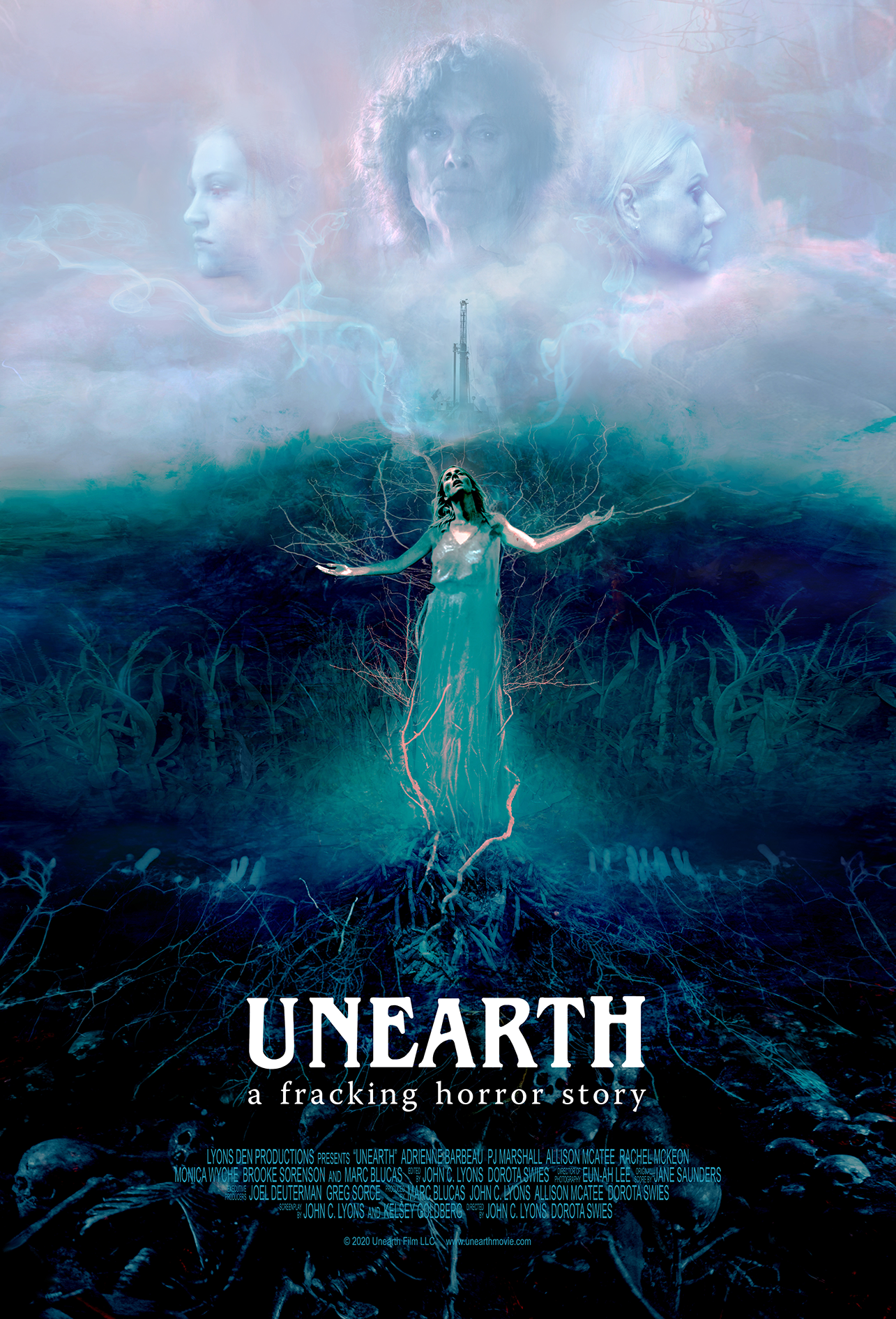 The farms of two families are affected by a fracking operation in Unearth. George (Marc Blucas) is a mechanic undergoing hard financial times and is unable to provide for his daughter Heather (Rachel McKeon) and Kim (Brooke Sorenson), the latter of whom has a young infant. George lives next door to Kathryn Dolan (Adrienne Barbeau), who runs a farm with her son Tom (P.J. Marshall) and his wife and daughter Aubrey (Monica Wyche) and Christina (Allison McAtee), the latter of whom seem more interested in photography. Kathryn offers to lease George’s farmland, but he instead accepts an offer from a fracking company to drill for natural gas. However, after a year of drilling, the payouts are much less than expected and something has got into the water supply.

Unearth is a “fracking horror” film from directors John C. Lyons and Dorota Swies. The story of the film focuses on two families, who are both undergoing hard times. Desperate for money, George decides to accept what’s pitched as a $1200/acre offer by a fracking company to drill on his inherited farmland. However, not only does George and his family discover surprise fees on their royalty check, but the drilling breaks into something underground that ends up affecting the water supply of both families.

Even though Unearth is described as a horror film, it doesn’t really fully turn into one until the final act of the film. For the first two thirds, the film is structured as more of a drama that includes a very unconventional love triangle, with both George and his daughter Heather shown having feelings for Christina. Unearth eventually evolves into Lovecraftian body horror, not too dissimilar from Color Out of Space and its film adaptation from last year. However, Unearth still somewhat stands on its own as an environmental cautionary tale.