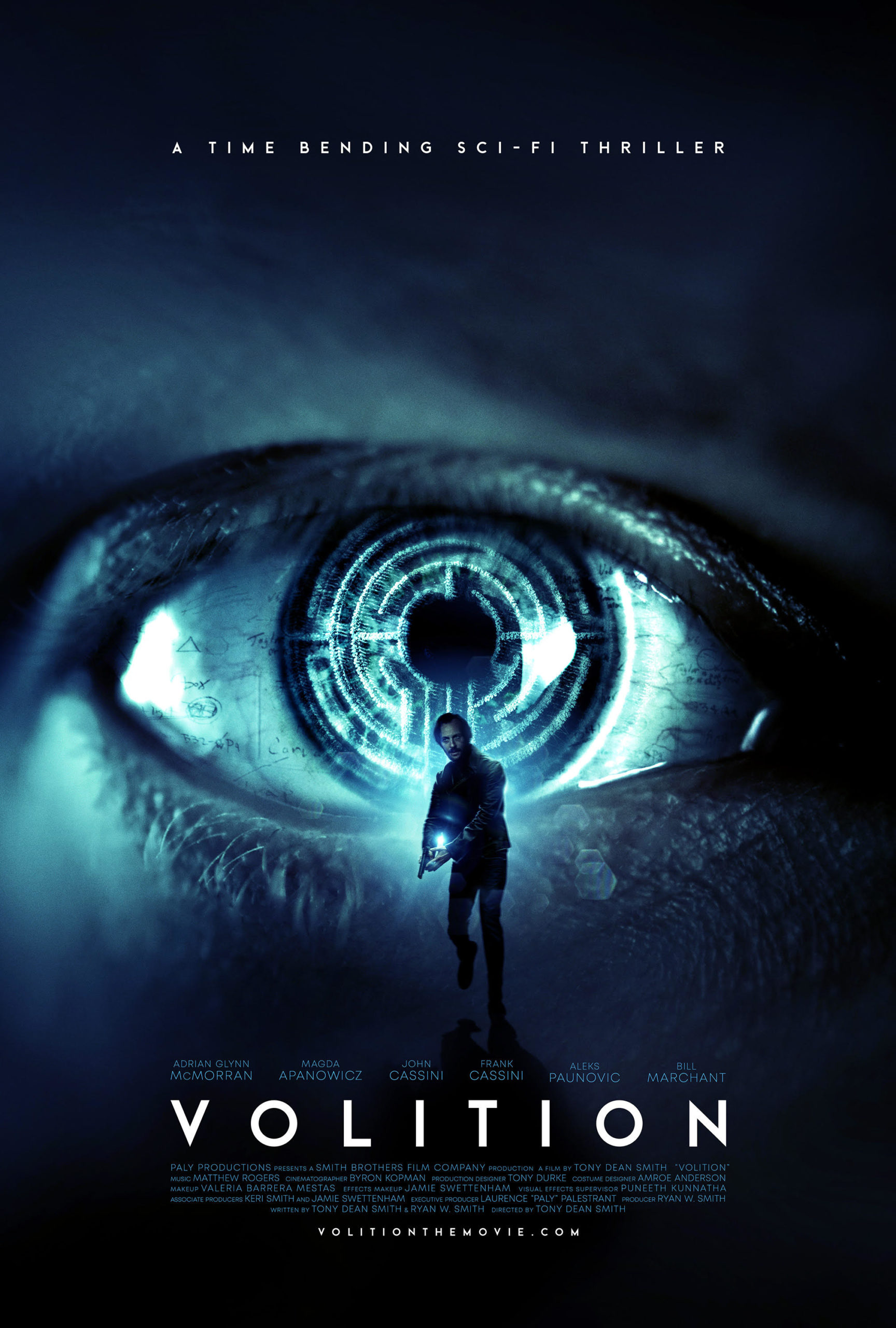 A small time criminal with clairvoyant powers tries to changes his fate when he has a vision of his own death in Volition. Since he was a kid, James (Adrian Glynn McMorran) has had the ability to see events before they happened. James’ visions are useful to to local criminal Ray (John Cassini), who wants James to hold on to a stash of diamonds until he has a vision of their safe passage. However, it turns out that Ray’s cousin Sal (Frank Cassini) and henchman Terry (Aleks Paunovic) plan to steal the diamonds that James has a vision of himself being shot dead. James proceeds to go on the run with Angela, a girl he just met who also appears in his visions, to get help from Elliott (Bill Marchant), who has tried to help James with his condition since he was a boy.

Volition is a science fiction thriller from South African-born brothers writer-director Tony Dean Smith and writer-producer Ryan W. Smith. We are introduced to the protagonist James Odin as a man who lives a relatively carefree existence since he has the ability to see events of his life happen before they occur. James is haunted by the fact that he was unable to prevent his mother from dying in a car crash when he was 7-years-old, leading to a lifelong belief that all of his visions come true. This makes things extra concerning for James when he sees a vision of his own murder.

Volition starts off seeming like it’s a basic crime thriller, with a slight science fiction element. However, Volition really ramps up the science fiction in the second half of the film, as we learn about the true nature of James’ clairvoyant abilities and how his visions come to light. At the very least, the writing of the Smith Brothers should be praised for not making the events of the film too confusing to fully comprehend.

While I will say that the science fiction elements of Volition work, the crime thriller plot of the film is quite basic, with the diamonds that James is told to look after being little more than a MacGuffin. The local crime boss Ray is practically an idiot, with the true antagonist of the film being Ray’s scheming cousin Sal, who is always accompanied by his heavy Terry, played by quite prominent Canadian character actor Aleks Paunovic (Puppet Killer). The character of Elliott, played by Bill Marchant (Chappie), is primarily in the film to be an exposition machine, while the sole female protagonist of the film Angela, played by Magda Apanowicz, doesn’t really have much to do after the first act of the film, other than being someone that James is trying to save.

Overall, I will say that Volition is a mediocre crime thriller that is elevated by a better-than-average science fiction element.

Volition is now available on iTunes and other VOD platforms