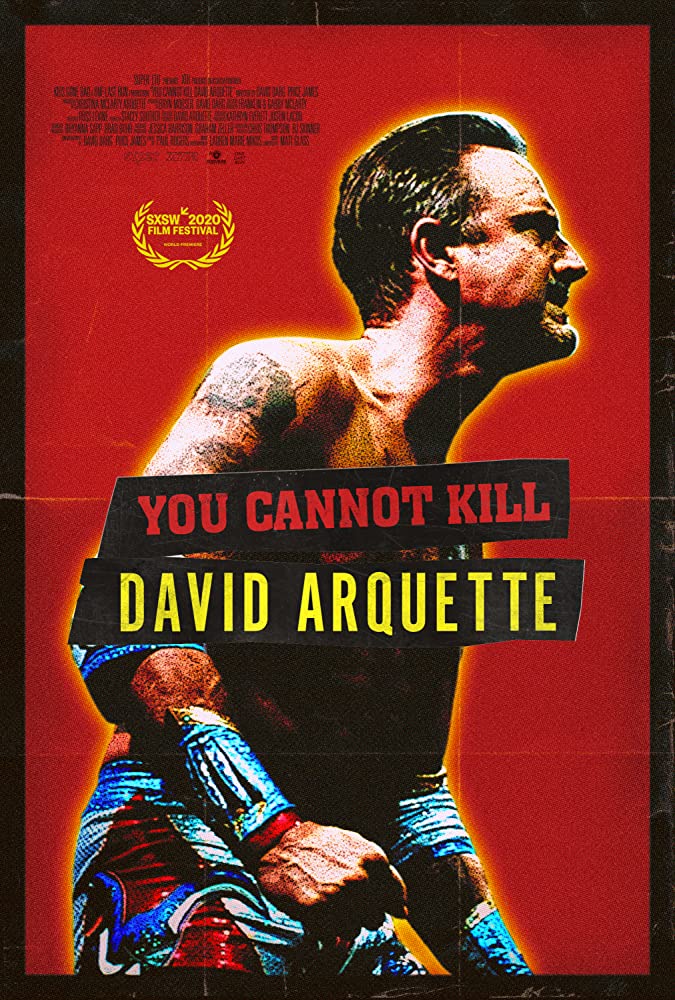 In the 1990s, David Arquette was an up-and-coming actor, who was most recognizable for his role in the Scream movies. However, his participating in a Vince Russo booked publicity stunt for WCW resulted in him being hated by wrestling fans and viewed as little more than a goofball by Hollywood casting agents. While recovering from a heart attack, David Arquette decides to give the wrestling world another go, this time with him taking the experience seriously.

You Cannot Kill David Arquette, directed by David Darg and Price James, opens with Arquette being frustrated by the fact that he hasn’t received any meaningful acting roles in a decade. This opens the door for a return to the world of wrestling, which sees him train with luchadors in Mexico, feud with Canadian indie wrestler RJ City, and get badly injured in a hardcore deathmatch. Surprisingly, You Cannot Kill David Arquette ends up being a surprisingly emotional documentary, with you really feeling sympathy for him and the state of his career. That said, the film probably could have used fewer shots of him receiving a spray tan.

You Cannot Kill David Arquette screened as part of the 2020 Fantasia Film Festival and will be released on iTunes and other VOD platforms on Friday, August 28, 2020