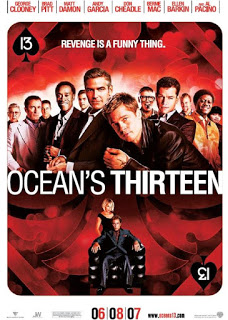 You can just that this film is the leftover “threequel,” after last months high profile groups.

However, unlike those films, I can confidently say that I thought this film was better than the last one. Also, I think it’s just under par with the first film.

There are somethings (like the fact that the plot was set up with a long scene of dialogue and flashbacks) that I was iffy with. However, after things got rolling, things got much better.