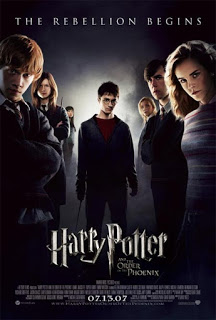 I’m not too big a reader, so I never really got into reading the Harry Potter novels. As such, I have always gone into these films with a fresh mind (minus the odd spoilers that are thrown about).

I always thought the first film (Harry Potter and the Philosopher’s/Sorcerer’s Stone) was the best in showing a complete story on screen. The other ending always seemed more episodic to me. The last film (Goblet of Fire) came close, however it also had a huge cliffhanger. That said, I believe this film is the closest to a complete story with a clear beginning, middle, and end.

These films get much darker as they go along and, as such, I enjoy them much more.

Another note: When the series started, I found it hard to swallow that they would be able to adapt all the books and keep the same cast. However, since there are only two movies left (once of which will be released next year), I am left pleasantly surprised.

Can’t wait for the rest!