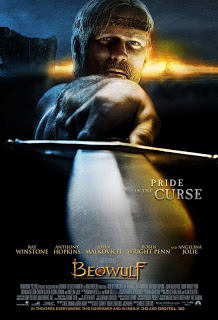 Beowulf was an interesting experiment: take the motion-capture technology used in making The Polar Express and use it to make a more serious epic.

I won’t go into the debate about whether or not this film really needed to be made using motion-capture CGI instead of live action, since I’m actually a little tired of that.

Instead, I will talk about how I saw the film: IMAX 3D.

I will say now that the only true way to see this film is either in IMAX 3D or conventional theatres using Real D. The film was obviously made to take advantage of 3D effect and there are quite a few shots that just wouldn’t make sense in 2D.

That said, without the 3D, the film is really just an average action film. There is nothing spectacular about the plot, and it can even considered a bit formulaic.

In conclusion, if you do decide to see this film, 3D is the way to go.