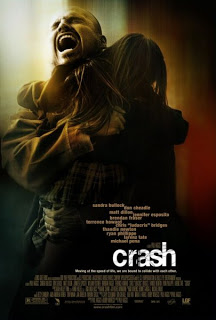 Because of all the hype, I predicted that Brokeback Mountain was going to win even though I liked Crash better.

Since the win was unexpected, the critics pretty much went crazy. An article posted the day after the awards on IMDb featured quotes from critics that either assumed by giving the Oscar to Crash, that the Academy was either homophobic or playing it safe.

I’m pretty sure that it was a no win situation. If Brokeback Mountain did win, I’m sure that more conservative critics would have spoken out against that Academy giving an Oscar to a movie with a homosexual storyline.

It’s sad really the Crash’s achievements were overshadowed by the politics surrounding Brokeback Mountain. It is truly a powerful film and, in my opinion, it deserved the Oscar it received.

Tomorrow, I will look back at the Oscar 26 years in the making, that being Martin Scorsese and The Departed.