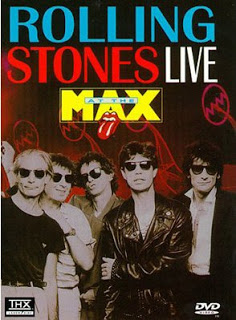 Since I was unavailable to post this yesterday, I am moving this week’s Classic Thoughts column to today.

Last week when I saw Shine a Light in IMAX, it was my second experience seeing a Rolling Stones concert film in the format.

This film was my first (and better) experience. This film was made in 1991, so the Stones were a slightly younger band than they are now (Mick Jagger was 48). It was also made before IMAX became mainstream and I saw the film at the original IMAX theatre (that being the Ontario Place Cinesphere in Toronto) sometime in the mid-90s.

While Shine a Light incorporated documentary elements into the concert, At the Max was pure performance and it featured most the bands hits.