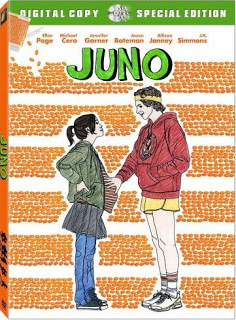 The “little indie movie that could” comes out this week as Juno is released in both single and two-disc editions.

Another small film being released this week is Lars and the Real Girl, which features Ryan Gosling as a guy, who is in love with a doll.

Rounding out the new releases this week are Before the Devil Knows You’re Dead and Aliens Vs. Predator: Requiem.

Speaking of Predator, that film is released on Blu-Ray this week, as well as, another Schwarzenegger film, Commando.

For fans of classic films, there is also a new Two-Disc DVD of Lawrence of Arabia being released.