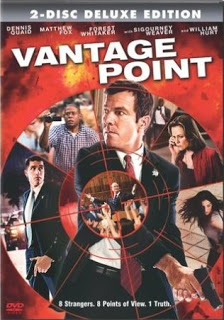 The biggest release this Canada Day would be the multiple point-of-view thriller Vantage Point. As I previously stated, I personally enjoyed the film, though I couldn’t help but notice how the other theatre viewers were turned off about how the plot of the film kept literally rewinding and providing you with a different view. However, I recommend you at least check it out.

Other releases this week include Tyler Perry’s Meet the Browns, Drillbit Taylor, and City of Men.

For High Definition fans, this week sees the Blu-Ray releases of Point Break, Gangs of New York, and Batman: The Movie (as in the 60’s Batman with Adam West)