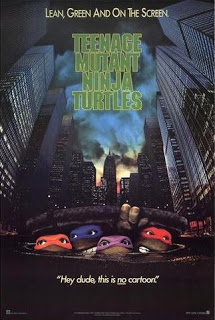 Now there is talk about making a new live-action film after the mild success last year of the CGI film TMNT.

I would say that while this is definitely interesting news, I think my time with the Ninja Turtles ended many years ago.