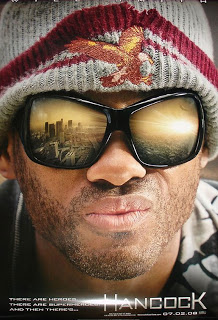 It’s the Forth of July weekend in the States and its biggest movie, Hancock, has been already out for most of the week. The initial reviews for the film have been poor (as of this writing, it’s 36% on RottenTomatoes.com), but am I still planning to give this film a look.

The only other film of note opening this weekend is the independent film The Wackness, which is only playing in New York and Las Angeles (it will open here in Toronto in about two weeks).