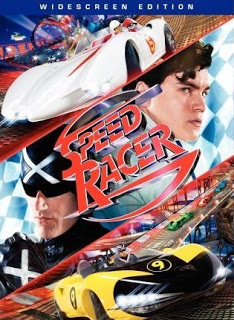 This week’s big release is the Wachowski Brothers’ Speed Racer (also on Blu-Ray). When I saw the film back in May, I originally thought that it was a case of style over substance. However, as the film went on, I found myself enjoying it.

To coincide with the recent release of the Coen Brothers’ Burn After Reading, this week sees the release of a “directors cut” the Coen’s first film Blood Simple. This is definitely one to get. Also, even though it came out last week (while I was busy with the film festival), I should also mention the new deluxe edition of The Big Lebowski, which comes shaped like a bowling ball.

While on the subject of special edition DVDs, Tim Burton fans would probably like to pick up the new 20th anniversary edition of Beetlejuice.

The are quite a few Blu-Ray releases this week include the Pirates of the Caribbean trilogy, The Mist, 1408, The Hulk, and Risky Business.