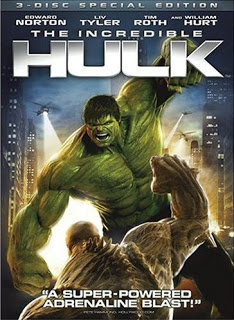 The big release this week is The Incredible Hulk (also on Blu-Ray). When I saw it, I thought it was an OK film, though the Toronto locations, where it was shot, really stood out for me.

The only other big new release is the horror film The Strangers (also on Blu-Ray). I thought that it was a suspenseful and realistic film that seemed inspired by the original Halloween.