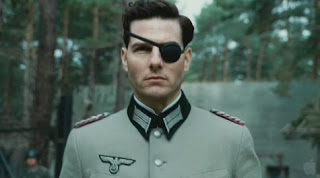 This week we are going to look at the trailer for this new thriller directed by Bryan Singer and staring Tom Cruise.

This thriller about an attempted assassination attempt on Adolf Hitler looks to be a return to form for Tom Cruise, who hasn’t really been seen much since Mission: Impossible III. It’s also nice to see Bryan Singer taking a break from all the superhero films he’s been directing and return to his thriller roots.

I think this trailer is very well done, in that it reveals enough of the plot to make us intrigued, but it leaves us in suspense over what actually happens.

The film comes out on boxing day and I will definitely be checking it out.