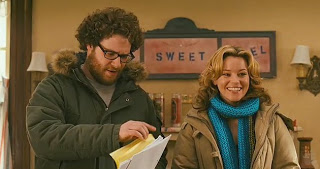 This week, we are looking at the trailer for the latest film by Kevin Smith.

The title alone suggests that this will be the most risqué film Kevin Smith has directed. The fact that the film is staring Seth Rogen and Elizabeth Banks makes the film look more like a Judd Apatow production than a Kevin Smith film (though to be fair, the trailer also features, Kevin Smith regulars, Jason Mewes and Jeff Anderson).

This looks to be quite a funny film and I will definitely check it out when it opens on Halloween.