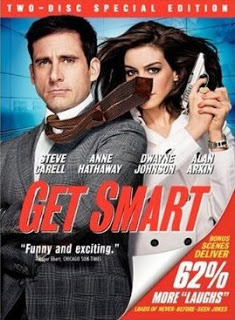 This week the big new release is Get Smart (also on Blu-Ray). When I saw it in theatres, I thought that while it may not end the TV adaptation debate, I found it very funny (and that’s all that counts).

Also out this week is Kung Fu Panda (also on Blu-Ray), which I missed in theatres, but wouldn’t mind checking out at some point.

It might not be thought of highly by some people, but this week also sees the release of a new 2-disc special edition of Waterworld.

Finally, we will round things off with the DVD release of the Christmas special Shrek the Halls.