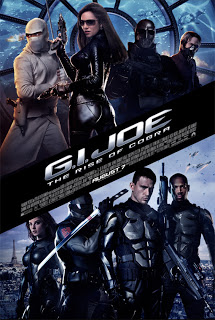 This film was an origin story in every sense of the word.

It was not a bad film, though it was obvious that, even as stated in the title, there wouldn’t be any true Joe vs. Cobra action until the sequel (if they make one).

It was an entertaining film, but the fact that it was loaded with flashbacks (including some that could have easily been explained with dialog) and had an obvious sequel set-up brings the film down a notch.

My favourite character of the film was definitely Cobra Commander, even though he was in the background for most of the film. It is an expanded portrayal of him that I’d look forward to in a sequel.

Despite the above nuances, I thought it was still a decent enough action film.