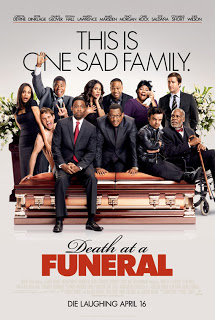 I should make clear that there was no reason to remake the Frank Oz-directed 2007 original other than the fact that it was British and had a limited release.  That said, the Chris Rock-starring remake ended up being not all that bad and I was pleasantly surprised by the film.

For the most part the story of the film is exactly the same as the original, right down to the same gags being used.  However, these gags are done with a more low-brow American style (for example, a repeated scene from the original involving a toilet….accident is much more graphic in this version).

I have to say that when I found out about this film, I was angry that it was even being made.  However, after seeing it, I have to admit that some of that anger was misguided and even though the film was totally unnecessary, it was still incredibly funny.