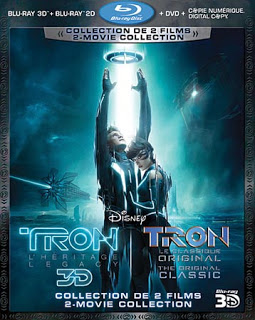 Without a doubt, my top pick for this week is TRON: Legacy, which available on Blu-Ray in THREE separate editions.  The most appealing (and pricey) of these editions will probably be the deluxe edition, which bundles the film with the original TRON (which is also available on its own).  This will be a set definitely worth getting.  On to the picks.

)
My Thoughts: A visually spectacular film that caters to both new and old TRON fans.
My Recommendation: Buy It

)
My Thoughts: Though there are funny moments, the series has gone one sequel too far.
My Recommendation: Rent It

)
My Thoughts: A step down from the action-filled Prince Caspian, but still a decent film for families.
My Recommendation: Rent It

And those are my DVD Picks for this week.