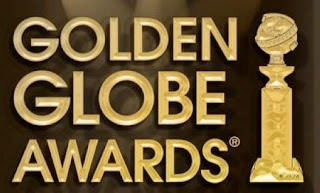 There was once a time when you could say that the Golden Globes were a good way to predict what films may win at the Oscars.  Usually the same films get nominated at both and there have been many occasions in which at least one of the two Best Picture winners would go on to win the big prize at the Oscars. However, that no longer seems to be the case. Over the last few years, I have come to realization that the Golden Globes are a sham of an awards show that seems to occupy its own little universe.  In the last decade, there have only been four films that won Best Picture at the Golden Globes and would go on to also win big at the Oscars: Chicago (Musical/Comedy, 2002), The Lord of the Rings: Return of the King (Drama, 2003), Slumdog Millionaire (Drama, 2008), and The Artist (Musical/Comedy, 2011).

Because they are increasingly out of sync with other awards shows, I’ve started to consider the Golden Globes the “Bizzaro Land” of awards shows.  While I like the game of predicting the films that will win at the Globes, every year it seems that they are picking their awards out of a hat.  There have been years when films won, which I didn’t previously believe were serious contenders, such as Atonement in 2007 and The Descendants last year.  Other years, they would seemingly pick films that were the OTHER frontrunner for the Oscars, such as Avatar in 2009 and The Social Network in 2010. Every year, I try my hardest to make educated guesses of the of the films that would win at the Golden Globes.  Since the Globes happen quite early in the awards season, it’s always hard to know who the frontrunners are, so I always expect to get quite a few wrong.  However, last year I hit new low and only correctly predicted 4 of the 14 movie-based awards.  It really hurts your ego when you try to make smart predictions and end up getting 72% of the awards wrong.  At least some of the awards I missed were in sync with the Oscars, so it helped with my Academy Award predictions. The question I have is, should I even bother making predictions for tonight’s Golden Globes? While there is still some syncing between the acting and screenplay awards, like I said, in recent years they have been wrong more often than not about the film that wins Best Picture.  While award shows as a whole don’t really mean much in the end, at least the Academy seems to have some form of integrity when it comes to choosing the Oscars.  The Golden Globes are run by a mysterious group, known as the Hollywood Foreign Press Association, and if often seems that the Golden Globes are an excuse for the HFPA to get a whole bunch of celebrities in the same room and drunk. I’m not even that sure if I am even going to bother watching the Golden Globes, let alone make predictions for them.  Other than the Oscars, which I consider to be my movie Superbowl, I no longer really have that much interest in award shows in general.  There really isn’t really much appeal in me taking the time to watch a second tier movie awards, which isn’t really that any more. I still have a full afternoon to decide whether or not I will make predictions and/or watch the awards.  Either way, I will still write a wrap-up tomorrow.