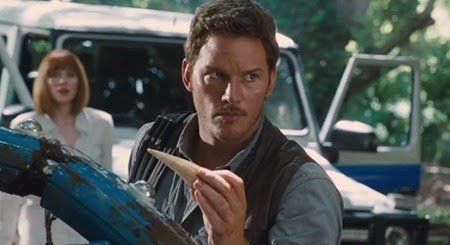 The dinosaurs are back in this fourth instalment of the Jurassic Park series.  More than two decades after the initial events, the Jurassic World theme park is fully operational.  However, when a genetically created dinosaur gets loose, staff members Owen (Chris Pratt) and Claire (Bryce Dallas Howard) go on the hunt.  While Jurassic World, directed by Colin Trevorrow (Safety Not Guaranteed), continues chronologically from the previous films, it can also be described as a bit of reboot, which goes back to the, now fully operational, theme park from the 1993 original.  From the looks of this first trailer, this is the right path to take and I quite look forward to returning to world of Jurassic Park next summer.